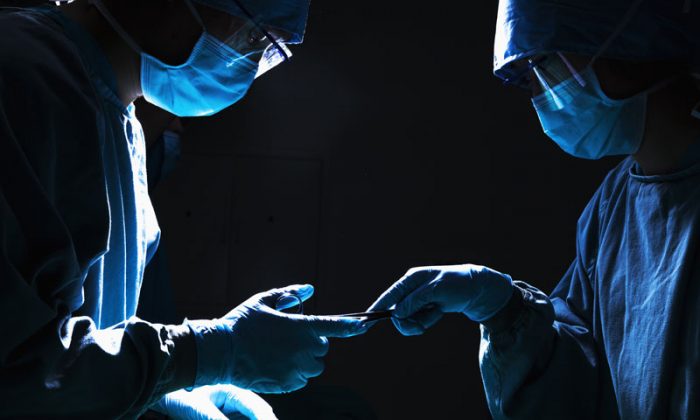 “What we see on the surface is very different than what is going on underneath”—David Matas, co-author of ‘Bloody Harvest.’ (Shutterstock*)
China

Media reports in China about a court sentencing 12 people for “organ transplant abuse” have in them a riddle. An important figure in China’s medical establishment known to be involved in the forced organ harvesting from Falun Gong practitioners is mentioned as the key figure in the transplant ring, but the reports don’t say that he was among those sentenced.

The Qingshanhu District People’s Court in Nanchang City of southeastern China’s Jiangxi Province sentenced 12 people up to nine and a half years in prison, for illegally selling human organs in an organized manner, according to a Xinhua report on July 26.

The state-run Legal Daily said that the deputy director of kidney transplantation at the Guangzhou General Hospital, Zhu Yunsong, played an important role in this illegal organ trafficking ring, but Zhu was not mentioned as one of those sentenced.

The organ trafficking group brought to justice this week started its illegal business in early 2011, after Zhu promised to purchase organs from the group, the report said.

In July 1999 the Chinese regime began persecuting Falun Gong practitioners. The then-head of the Chinese Communist Party, Jiang Zemin, feared how many people had taken up the practice and how attractive the discipline’s traditional moral teachings were to the Chinese people.

According to the book “Bloody Harvest,” an investigative report into this forced organ harvesting, the regime’s hospitals began using practitioners as a source for organs soon after the persecution began.

The authors of the report, former Canadian Secretary of State (Asia-Pacific) David Kilgour and international human rights lawyer David Matas, have estimated that by 2008 62,000 practitioners’ organs had been harvested. The number of those whose organs have been harvested since 2008 would be tens of thousands larger.

An investigator for the World Organization pretending to be a relative of a patient who needed a transplant called Zhu Yunsong in 2006 and asked him if he had organs from Falun Gong practitioners.

Zhu has done over 1,400 organ transplant surgeries in the past 13 years, according to the Chinese magazine Time Weekly.

A friend of Zhu is quoted by Legal Daily saying, “I often see him holding a small refrigeration box to take flights all over the country to do surgeries.”

At a session of the World Transplant Conference held in San Francisco from July 26 to 31, David Matas commented on the reports about Zhu Yunsong and the arrest of the organ trafficking ring in China.

Matas noted that Falun Gong was not mentioned in the reports, but then noted that the persecution of Falun Gong is a very politically sensitive issue in China.

“It [the Falun Gong issue] divides the Party, and power struggles revolve around it,” Matas said.

“What we see on the surface is very different than what is going on underneath,” Matas said.

The mention of Zhu Yunsong in connection with “organ transplant abuse” in China’s press coincided with the unexplained absence at the World Transplant Conference of a major figure in the organ transplantation establishment in China, Dr. Wang Haibo. Wang is director of the China Organ Transplant Response System Research Center of the Ministry of Health.

Without explanation, a video of Wang’s remarks was shown to the conference. People who knew Wang appeared to be confused at his absence.

Wang made news in April 2014 when he announced that China had no intention of announcing a schedule for replacing the use of prisoners’ organs with voluntary donations, breaking promises to move to a strictly voluntary organ donation system.

*Image of “surgery” via Shutterstock