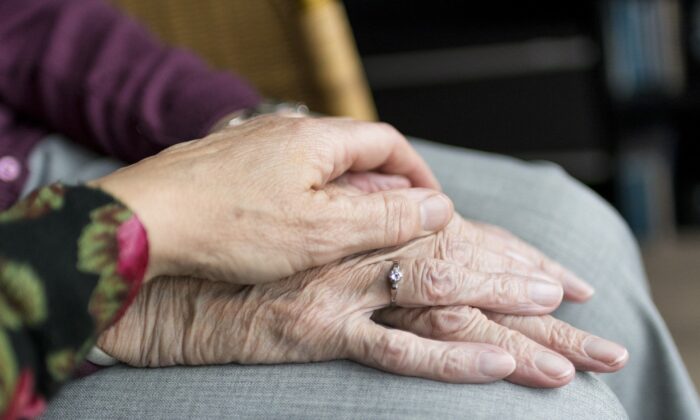 As changes to California’s assisted suicide End of Life Options Act are proposed to state legislators, a physician is calling for more transparency.

“I don’t think that physicians should be in the business of trying to deliberately end life,” Dr. James Grisolia, a San Diego neurologist, told The Epoch Times. “It’s our job to keep people comfortable and try to give them a sense of empowerment.”

In 2016, the End of Life Options Act (EOLA) legislation, also known as AB 15, took effect. The bill, spearheaded by Sen. Susan Talamantes Eggman (D-Stockton), gives terminally ill patients the right to assisted suicide. While it was originally meant to sunset on Jan. 1, 2026, SB 380 would extend the act indefinitely.

The current act requires qualified patients to wait 15 days to receive the lethal drug, but SB 380 would reduce the waiting period to 48 hours.

Under the existing legislation, those suffering from a terminal illness must receive medical confirmation that death will occur within six months in order to qualify for assisted suicide.

“It’s always going to be kind of a guess on the part of the physician as to how long somebody has,” Grisolia said. “Apart from that, we don’t really have any kind of independent medical records or anything to verify that physicians are actually using it for the way the law’s intended.”

According to documents provided by the California Department of Public Health, for a patient to be eligible for the act, physicians must determine if the person has a terminal disease, is a California resident, is acting voluntarily, and can make their own medical decisions.

A patient’s mental health also plays a role in a physician’s decision-making process.

Grisolia expressed concern over the lack of verification once a physician checks all the boxes to determine a patient’s eligibility, including the possibility of falsifying claims.

He highlighted situations where family members applied pressure to others to consider assisted suicide or circumstances where people felt as if they were a burden to those around them.

“Rather than having people use that as a reason to check out, it would be nicer to support that person in their life, their home, and with their family so that they don’t have to use these means to end their life,” Grisolia said. “We’re all concerned about being a burden on other people, but there are better ways of alleviating it than just checking out.”

When it comes to the conditions within the EOLA, Grisolia said he wants more information, including more detailed knowledge about whether the lethal process is safe, and whether people are being coerced into choosing the option.

With unknown factors regarding the drug, Grisolia said it’s too soon to move forward with additional changes to the act.

“A lot of problems or unsafe things happen, and people should know that before they make a longer-term decision,” he said.

If patients self-determine to end their own lives, organizations such as the Hemlock Society, End of Life Choices, and Death with Dignity assist in providing people with the resources they need to do so.

Nearly 2,000 terminally ill individuals with six months or less to live have received a prescription for aid-in-dying medication since the legislation took effect in 2016, according to data collected by the California Department of Public Health through Dec. 31, 2019.

Compassion and Choices Action Network, a nonprofit that helps people with their “end of life journey,” praised SB 380’s efforts to reduce the waiting period for the terminally ill.

“California’s legislature has taken a bold and compassionate step towards bringing peace of mind to many terminally ill Californians and their families,” said Samantha Trad, California senior campaign director for Compassion and Choices Action Network. “We look forward to working with the Assembly to pass this important bill and deliver it to Gov. [Gavin] Newsom’s desk.”