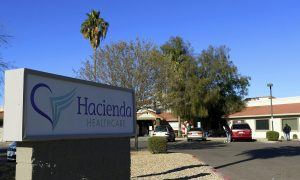 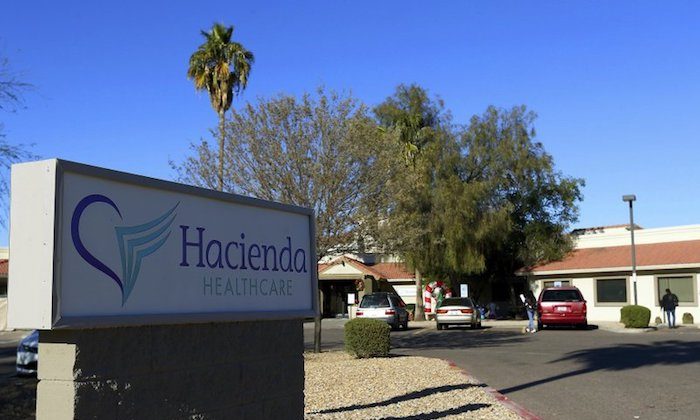 Doctor Resigns from Facility Where Woman in Vegetative State Gave Birth, Another Suspended

The two doctors responsible for the care of the Arizona woman who gave birth while in a vegetative state are no longer providing medical services to the healthcare facility.

A statement released by Hacienda HealthCare—a long-term care facility—on Jan. 21 said that one of the doctors has resigned, while another has been suspended. The statement did not identify the doctors.

“Once again, we offer an apology and send our deepest sympathy to the client and her family. Hacienda intends to do everything possible to restore its credibility in the eyes of our patients, families, the community and our agency partners at every level,” the statement read, according to AZ Family.

Back in December, the 29-year-old woman, whose identity had not been released, delivered a baby boy, shocking her family members and staff at the facility. Staffers did not know she was pregnant. The woman has been a patient at Hacienda Healthcare since age 3. She was left in a vegetative state after suffering a near drowning.

Authorities say the woman was sexually assaulted and a criminal investigation has been launched. Police spokesman Tommy Thompson said investigators have been collecting DNA samples from all male employees and any other men who may have had contact with the victim in an effort to identify a suspect.

The woman’s family has said in a statement through their attorney that they will care for the infant boy and have asked for privacy. The victim and the newborn have been recovering in a hospital. Police did not release any further details about their conditions.

The facility received a two-star “below average” rating after its inspection in 2017, according to Medicare.gov.

Family Speaks Out About Victim’s Condition

In a statement released by the family’s attorney on Jan. 22, the parents of the 29-year-old patient said they wanted to make it clear that their daughter is not in a coma.

“She has significant intellectual disabilities as a result of seizures very early in her childhood,” according to the statement, reported Fox News. They added that the patient does not speak but has some ability to move her limbs, head, neck, responds to sound, and is able to make facial gestures.

“The important thing is that she is a beloved daughter, albeit with significant intellectual disabilities. She has feelings, likes to be read to, enjoys soft music, and is capable of responding to people she is familiar with, especially family,” the statement read.

“A person in a vegetative state may open their eyes, wake up, and fall asleep at regular intervals and have basic reflexes, such as blinking when they’re startled by a loud noise, or withdrawing their hand when it’s squeezed hard. They’re also able to regulate their heartbeat and breathing without assistance,” the foundation added.

Reporter Zachary Stieber and The Associated Press contributed to this report.