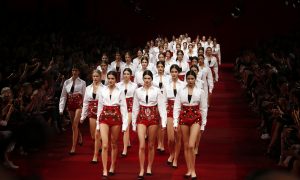 If You Think Newspapers Are Losing Their Credibility, Take a Look at Fashion Magazines
0
Share Now
TelegramFacebookTweetEmailTellMeWeReddit
Copy Link 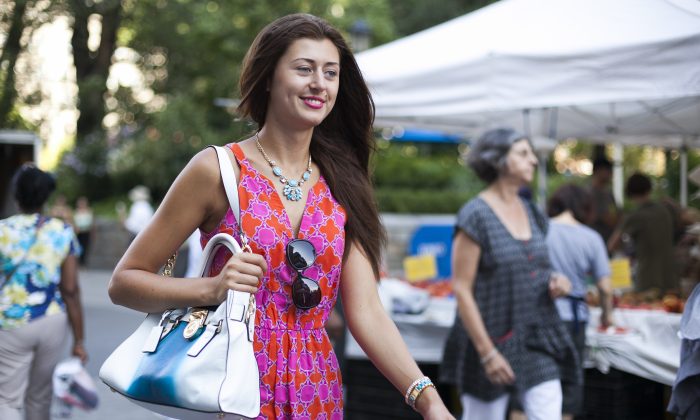 Do You See What I’m Wearing? How Clothes Reveal Who We Are

Remember the social media storm about the color of the dress? Did you see blue and black or white and gold? It was some harmless fun that drew in millions of online punters.

But clothes are not frivolous, flippant, or foolish. In telling and talking about clothes, we reveal much about ourselves, our lives, and the experiences that we drape around our bodies. Whether bought or handmade, passed down or reconstructed, clothes help us to construct meaning as we remember those things in our lives that matter.

Apart from their aesthetic value, clothes have the ability to evoke issues of identity; of the relation of self to body and self to the world. We are able to find ourselves through the experience of delving into our wardrobes and remembering. Clothes are thus layered with meaning since they have the power to act as memory prompts.

So why are clothes often considered trivial, ephemeral, and unworthy of serious contemplation?

While male fashion, at least in terms of mainstream trends, has become rigidly uniform, female dress has undergone chronic fluctuations in style. This penchant for change has been interpreted as either evidence of women’s inherent frivolity and flightiness or of their subjection and oppression.

Without losing its obsession with the new and the different, with change and exclusivity, I would argue that dress has become a form of popular aesthetics. Most fashion writers insist on its importance. Cynicism, ambivalence, or irony are the typical responses from those outside the discipline.

Fashion’s significance was aptly summarized more than a century ago by Anatole France. The Nobel laureate said if he had a choice of one “book” to leave to future generations, it would be a fashion magazine. France affirms clothes are social barometers.

Crowds that are drawn to fashion exhibitions around the world offer glimpses into the meaning that we attach to such items. Often dress is collected and exhibited by an art gallery in order to give the general public an appreciation of the designer’s creative talent and inspire ways for the viewer to understand the garment’s fabrication, innovation, and visual appeal. We are drawn to them as things of beauty we want to gaze upon and touch. Clothes are objects that we covet and desire.

While art may appear much more cloistered, more removed from people’s lives, fashion is clearly in the midst of things; very much a part of our everyday experience.

Once hanging static in a wardrobe or folded away in a trunk, in recent times clothes have found themselves thrown into the spotlight. How can we forget Meryl Streep’s biting explanation of cerulean to a fashionably naïve Anne Hathaway in “The Devil Wears Prada” (2006)? Or the artistic integrity of Vogue’s creative director, Grace Coddington, in “The September Issue” (2009)?

Clothes have, in fact, become an autobiographical tool with which to explore important themes and issues in an author’s life. In “Love, Loss, and What I Wore” (2005), the book behind the Off-Broadway show, Ilene Beckerman tells the story of her life through the clothes she wore. In doing so she reveals that our memories are often stitched into the seams of our favorite dresses.

In “The Secret Lives of Dresses” (2011), Erin McKean interweaves a tale of vintage frocks that have their own “secret lives” written on pieces of paper and stashed into their pockets. In “Dreaming of Dior” (2009), Charlotte Smith shares her godmother Doris Darnelle’s vintage clothing collection that contain a lifetime of memories. Recently, in “Dress, Memory” (2014), Lorelei Vashti wrote about a decade of dresses she has owned, worn, and loved. These narratives have come to be known as “dress stories.”

I have had the privilege of bringing together a highly eclectic group of dress stories ranging from narratives to photo essays to poetic pieces and many creative works in-between in “The Memory of Clothes.” Each one of these stories details a point in time when “clothes actually did matter” and as such were worth remembering.

Woven into their fabric are traces of past experiences. Stitched into their seams are links to people we have loved and lost. How appropriate that in the technical language of sewing, wrinkles are termed “memory.”

This article was previously published on TheConversation.com.