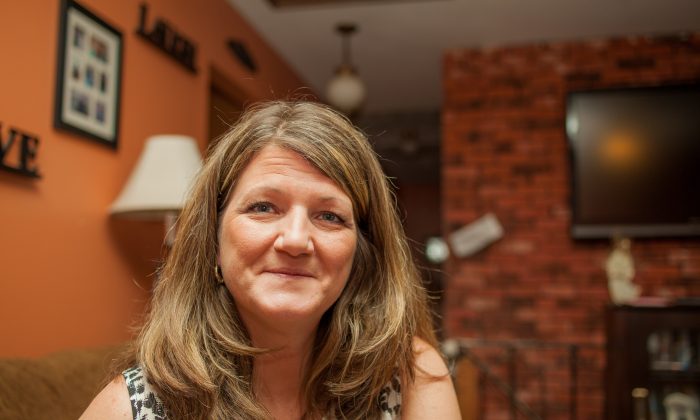 Do You Have Drug Addict Genes?

At least five times a week her and her husband, a lieutenant firefighter, and their two sons and daughter would sit down for a family dinner. “I was one of those parents,” Forsyth said.

One day in 2010 her oldest son Joe confessed that he was addicted to heroin. He had been on hard drugs for two years already, the last six to nine months on heroin.

Forsyth recalled feeling like her whole world was crumbling apart, falling to the floor and curling up in the fetal position. “It ripped my heart out,” she said, “I just never thought it would happen to me.”

If only she knew then what she knows now. If only she could see it coming. She would have done more. She would have tried to change things—and she may have actually succeeded. A genetic predisposition to addiction ran in their family, and her son could have guarded himself better had he been more aware.

Joe Forsyth, 24, had a pretty unremarkable childhood. He maintained solid grades without much effort or interest in school. But he couldn’t sit still due to an undiagnosed attention deficithyperactivity disorder (ADHD). “The typical class clown,” he said.

Once, when he was 12, before a regular weekly sleepover at his friend’s house, he got a chance to buy marijuana from a friend’s cousin. He went for it, pooling money with other friends. That same night they broke into his friend’s parents’ liquor cabinet.

From that point on, alcohol and marijuana became his weekly ritual.

Mrs. Forsyth didn’t have a clue. She thought Joe was doing fine. He got into high school, played football and soccer, gave freshmen orientation speeches, and participated in a school-produced musical.

Then the painkillers came. Running out of his prescription after a football injury in his sophomore year, he found his mother had almost 200 pills in her medicine cabinet left over from a prescription for a hand burn. “I liked the way they made me feel, so I started taking hers,” he said. “It made the days go by easier.”

At that time, he said, nobody on Staten Island was talking about the dangers of opioids, or endorphin-producing pills, yet. He was one of the first in the surge of opioid and heroin abuse that swept Staten Island in the past 5 years, leaving at least 200 dead and thousands struggling with life-crippling addictions in treatment centers.

Once Joseph Forsyth got to college—Oneonta State—things got worse. He quickly got used to the local party culture. In a few months he spent thousands of dollars on cocaine and other drugs. When the school year ended, he was asked by the school’s administration not to come back.

Shortly after returning to Staten Island, he got a part-time job where a coworker persuaded him to try heroin, and in a couple of months it turned into a daily habit for him, one that was financially unsustainable even with two part-time jobs. That’s when his family found out.

At that point, Joseph Forsyth’s life seemed like a series of bad decisions. The blot of heroin made many friends turn their backs on him. It almost broke his family. “You grew up in a good family, middle class family. What are you doing heroin for?” Joseph Forsyth said his friends would ask him.

Hardly able to blame adverse surroundings, Joseph Forsyth agrees the first instance of drug abuse is a matter of personal choice. But what about all of his friends partying around him? How come he was the one ending up ensnared in addictions?

Both of Joseph Forsyth’s grandfathers were alcoholics. His mother herself knows she needs to be careful with alcohol. But what do their experiences have to do with Joe?

Learning about her son’s addiction put Melissa Forsyth in a state of depression. When the family found a one-month treatment program for Joe in a local YMCA, the staff recommended that she participate in a therapy for family members of those suffering from addiction. “I did and I’ve been ever since,” she said.

The program provided a lot of education about addiction, things Melissa never heard before. “You learn to understand that it’s literally a brain disease. That new pathways are opened up in the brain by the drugs and it starts affecting the cognitive thought process and things like that,” she said. “I learned not to blame myself. I didn’t do anything wrong. I wasn’t a bad mom. It helped me to learn how to be happy again and not be completely immersed in my son’s issues.”

About 50 percent of the risk of addiction is caused by genetic factors, according to Dr. Samuel Ball, president and chief executive of the National Center on Addiction and Substance Abuse (CASA).

While some people experiment with drugs and suffer no apparent consequences, for others the tar pit of addiction is overwhelmingly hard to resist.

The first is personality. Traits like sensation seeking and impulsiveness are strongly influenced by genetics, and make people with these traits prone to addiction.

The other factor is how the brain itself reacts to substances, and this too comes from genetics. Studies have found some brains react more intensely to drugs than others, making it harder for some people to resist. On the other hand, some people experience strong adverse reactions that turn them away from drugs. The reactions also vary from substance to substance.

Researchers also point to one major risk factor that is a particular disadvantage for Joe Forsyth: substance abuse in the family. His genetic sequence was stacked against him long before he was born.

Joseph Forsyth went through multiple treatments, relapses, and more treatments. Two years ago he started to date his longtime friend Elyse. Though they had known each other for 10 years, they never knew both were battling similar problems. Elyse is recovering from opioids addiction. She didn’t want her current last name to be used, but in a few weeks she will marry Joseph and take the last name Forsyth.

Relationships between recovering addicts are advised against. Elyse said it works for them because the two never used drugs together. “We went above and beyond to make sure that never happened,” Joseph Forsyth said.

Last summer they discovered Elyse was pregnant. That changed a lot for Joseph Forsyth. “It was time for him to stop acting like a child,” Elyse said. “Life wasn’t a party anymore.” And Joe agrees. He’s been clean ever since.

Joseph Forsyth knows she will be at risk due to genetics and he won’t be able to be with her every second of her life. But he knows something his mother did not—he knows he should be concerned.

He wants to teach Juliet what he learned in treatment, including about her predisposition to addiction.

“You can never stop somebody from making a choice,” Joe said. “We just have to hope that with all the education we provide, that if she’s ever offered (drugs), my daughter will make the right choice and say no.”

Getting the Word Out

Joseph Forsyth decided to share his story to help others who may be in a similar situation, or those who may be about to get into one. “Everyone’s like ‘Oh, it won’t happen to me,'” he said. “That can and will happen to you if you’re not careful.”

For him, knowledge is the key. “This stuff isn’t a joke,” he said. “I was curious. I wanted to see what it was about.” But when it comes to drugs like opiates the saying “curiosity killed the cat” seems quite fitting to him.