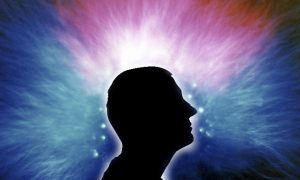 We Each Have a Mysterious Bioenergy Field Around Us: Study
0
Share Now
TelegramFacebookTweetEmailTellMeWeReddit
Copy Link 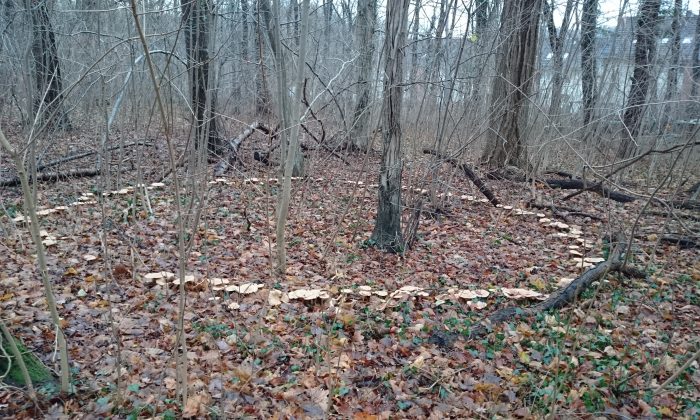 A mushroom ring in the woods. (Alison Chaiken, Flickr/CC BY-SA*)
Beyond Science

For thousands of years, the sudden appearance of a ring of mushrooms was taken as a sure sign of otherworldly presences. These rings would seemingly appear overnight, or travel from one location to another, with no clear rhyme or reason. Warnings of the dark forces that must create these abnormalities were passed down between generations, and the folklore of fairy rings was established.

These fairy rings (fairy circles, elf circles, or pixie rings) are a naturally occurring phenomenon. A fungi creates a ring or arc shape within the soil, affecting the grass in the area, and grows up through the greenery forming a circle of mushrooms. These rings—a lovely surprise and considered good luck by some, or a dark omen and nasty lawn problem to others—can spread from a very few inches to 164 feet (50 meters) or more. The ring found in Belfort, France, is thought to be the largest ring ever found. It is approximately 2,000 feet (600 meters) in diameter, and an astonishing 700 years old.

Sometimes there can be more than one ring in an area, and they will overlap, creating strange, winding patterns in the grass. Often the grass inside the ring is dead and withered, and has a clearly different coloring than the grass outside.

Various places have various beliefs surrounding the fairy rings, but for the most part the myths involve fairies or supernatural creatures either dancing around the ring, or have the ring serving as a portal between the fairy realm and our world. It was also believed that the circles were formed by shooting stars, lightning strikes, or were the work of witches. These beliefs persisted into the 19th century, as did the warnings to not stray into a fairy circle, lest you be transported to the fairy realm, and certain doom.

The rings are known throughout Europe. They were called “sorcerers’s rings” in France, and “witches rings” in Germany, where they’re supposedly most active on Walpurgisnacht, the eve of April 30, when witches were believed to meet and hold large celebrations coinciding with the arrival of spring.

In English, Scandinavian, Celtic, and many other traditional European beliefs the rings were caused by fairies or elves dancing. Such events were associated especially with moonlit nights, and the sudden appearance of the rings in the morning were evidence of a dance the evening before.

In Scotland it was believed the fairies sit on the mushrooms and use them as tables for their fêtes, while in Wales the story goes that the mushrooms were picked by the fairy folk and used as parasols or umbrellas. Even now in Wales it’s said the rings signify an underground fairy village. Welsh folklore also considers the rings as locations of fertility and fortune, and claim that crops grown around them and livestock feeding nearby will flourish.

In contrast, the Dutch legends had it that the barren center of the ring was caused by the devil placing his milk-churn there.

The Austrian tradition said flying dragons caused the rings, blighting the area so only toadstools could grow there for seven years.

French folklore believed the strange circles were guarded by giant toads that would curse anyone who happened into the ring.

Do NOT Step Into the Ring

It is generally felt that fairy circles are to be avoided as dangerous places, as they’re associated with malevolent beings.

If you dare to enter a ring, many myths warn you will die young. You may also become invisible to the mortal world, unable to escape the ring, or you may be transported instantly to the fairy realm. You might also lose an eye for your foolishness, or be forced to dance around the ring until you die of exhaustion or madness.

To avoid this terrible, cavorting fate, you can take specific measures, such as running around the ring nine times (nine times only, as 10 is too many and will undo the procedure). It is said that to enter the ring without penalty you can run around the ring during a full moon, but only in the direction the sun travels during the day.  If you do this, you might hear the fairies dancing underground.

You might also wear a hat backward, because this is said to confuse the fairies and they will not do you harm.

Can Science Explain the Mystery?

The fungi that causes the natural phenomenon is well understood today. Mycelium is a spreading fungus which grows in fertile, damp environments. In good conditions, the spores will develop into mushrooms (the most well-known being the edible Scotch bonnet, or fairy ring champignon).

The mushrooms reach out of the ground and create an easily visible ring. Underground, the mycelium networks out under the grass, moving outward from the center, and feeding upon organic matter and decomposing as it travels.

The dead mycelium forms a thick, water-repellent mat that starves the grass roots of nutrients and moisture. Eventually, the land within the ring withers and dies from starvation, but the leading edge of the ring remains lush and green, as the feeding/dying and decomposing mycelium releases fertilizers. This cycle can continue for centuries, and the ring grows, shrinks, and moves around the countryside, delighting some people and disturbing others.

Scientists still struggle to explain the so-called “fairy circles” occurring in Africa. In Namibia, in southern Africa, bare, circular spots on the sandy grasslands have been forming for unknown reasons. The circles behave much like the mycelium growths, persisting and then vanishing after decades. But scientists have ruled out a similar fungus, and remain stumped as to why these rings have been appearing in the remote, arid landscape. Local oral tradition explains them as the work of spirits and nature gods.

To the consternation and frustration of those now seeking unblemished lawns, ridding a yard of a fairy ring can be as tricky as dealing with the legendary fairy-folk.

To stop the mycelium from spreading its necrosis, one should pick the mushrooms as soon as they appear. Next, a thorough soaking of water may drown out the problem, but often it requires digging down beneath the white fungus to remove the tainted soil. This can sometimes mean digging down several feet or more to get all the infected dirt, replacing it all with fresh soil, and restarting the lawn anew.

Perhaps it would be easier just to take your chances with the fairies.