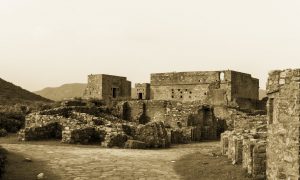 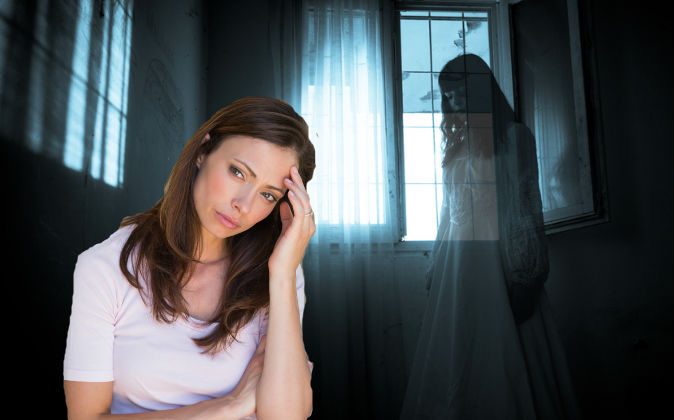 Allergic to ghosts? Strange but possibly true
By Michael Jawer

Emily is a travel writer who believes she has a special sensitivity to places that are supposedly haunted. She says she’s been “overly empathetic” her entire life, such that if someone with a bad headache walks into a room she’s in, Emily may get a headache herself, or if someone has pulled his back, her back will begin to ache the moment she makes eye contact. Emily used to suffer from irritable bowel syndrome and now suffers from fibromyalgia. When her chronic pain is flaring, she says, that’s when her psychical sensitivity is highest. She feels emotional energies in houses she’s never been to before, has witnessed radios and other objects moving about in her presence, and believes that she’s encountered spirits. Could there be a connection, Emily wonders, between her longtime sensitivity and these bizarre experiences?

Hank owns a small business. When he was 5, he was hit by a car and suffered head trauma. From that time on, he claims, he’s had an affinity for sensing what other people are feeling. Hank didn’t realize this was not “normal” until he met someone he considers telepathic, who helped him to hone the ability. Today, Hank has a circle of such friends, many of whom say they have problems with wristwatches, computers, and other appliances malfunctioning in their presence.

Bizarre Phenomenon: People Seem to Turn Off Streetlights With Their Bodies

Sally is divorced with three grown children. She’s had allergies most of her life, as have others in her family. She considers herself to be sensitive to electricity and reports that her local librarian wishes she’d stay away as the online catalog seems to go down when she’s near. Sally will sometimes feel a presence when no one is around or hear a voice with no apparent source. These perceptions have occurred throughout her life but especially when she was going through a trying time in her marriage.

Edward is a medical doctor, athletic and health conscious, though he’s lived for the past 15 years with a condition known as multiple chemical sensitivity. Now he limits his exposure to cleansers, paints, pesticides, air fresheners, and colognes, and runs a clinic for other people who seem to be similarly afflicted. Sometimes, Edward relates, he feels an unseen presence or sees an apparition. Some of his patients volunteer similar experiences.

These four people are typical of scores of individuals I have interviewed or corresponded with in an ongoing study of anomalous perceptions conducted over the past fifteen years.

Respondents typically report having one or more of the following: allergies, chronic pain, chronic fatigue, migraine headache, sleep difficulties. They also report having extreme sensitivity to lights, sounds, smells, textures—and feelings. In almost all cases, they come across as friendly, self-aware, and well adjusted. Their perceptions, however, beg the questions: What is going on? Are these people simply delusory? Fantasy-prone? Hypochondriacs? All of the above?

Over the course of my research, I have come to suspect that a “neurobiology of sensitivity”—combining elements of nature as well as nurture—explains these odd perceptions better than the other, standard answers. Clearly, many of our fellow human beings are capable of unwittingly deceiving themselves or purposely misleading others. But it’s worth considering whether some individuals, at least, might be reacting to genuine external stimuli—much as a person susceptible to migraine may react to lights, sounds, smells, tastes, or changes in barometric pressure. In that sense, what we marginalize as “extra” sensory may not be so. It may instead constitute a way of perceiving that, while alien to most of us, is perfectly natural for some given how their brains, their bodies, and their feelings work.

We all know certain people whose hearing, smell or other sense is extremely keen. People who can discern a trace ingredient in a complex meal, for example, or react to a particular texture as if it’s assaulting them. Throughout our lives, we differ in the types and levels of sensation we react to. Women are typically more sensitive than men, though their sensitivity will fluctuate during periods such as puberty, ovulation, pregnancy, and menopause.

Due to the influence of heredity, personal circumstances, or merely age, one’s own sensitivity is never constant. Think of how you’re more nearsighted now than you were ten years ago, or the way someone who has lost his or her vision may gain the capacity for hearing or smelling things more acutely.

If you remember the TV show M*A*S*H, you’ll recall the character of Radar O’Reilly and how he was able to hear helicopters approaching the surgical hospital well before anyone else. Some people are just like that. We all know people who are just plain more reactive than others—a trait that typically begins in childhood.

In 2011, Psychology Today ran an article titled “Sense and Sensitivity” that documented how highly sensitive people experience the world, something akin to “The Princess and the Pea.” They tend to register a great many things more quickly and more fully, including feelings—both their own and other people’s.

The fact of the matter is (as a cover story in the magazine New Scientist made clear), “No two people live in the same sensory world. … When one considers that virtually everything we know about ourselves and the world is based on information obtained through the senses, the fact that objective differences exist between people suggests that our ‘consensus’ reality may encompass a far wider spectrum than previously appreciated.”

Perhaps we shouldn’t be so quick to dismiss recurring reports of apparitions when the people who report them tend to be people who are also affected by longstanding allergies, migraine headaches, chronic fatigue syndrome, fibromyalgia, irritable bowel syndrome, post-traumatic stress disorder, or synesthesia.

My question: Is that consensus reality missing a component—a lurking, between-the-lines emotional component—that certain highly sensitive people “get” because of their own emotional attunement? Perhaps we shouldn’t be so quick to dismiss recurring reports of apparitions when the people who report them tend to be people who are also affected by longstanding allergies, migraine headaches, chronic fatigue syndrome, fibromyalgia, irritable bowel syndrome, post-traumatic stress disorder, or synesthesia (a remarkable phenomenon in which someone experiences overlapping sensations, such as hearing a color or tasting a shape).

Ghost stories, of course, have persisted across every age and every society, no matter how modern or scientific. Something so pervasive, so characteristically human, deserves not to be put down or waved away but seriously investigated. In my estimation, the correspondence of apparitional reports with environmentally sensitive people gives us a significant new way to begin unlocking the puzzle.

CONTINUE READING: Do Some People Sense the Unseen? (Part 2)

*Image of a worried woman and of a ghost via Shutterstock