We Subconsciously Predict, and React to, Emotional Events in the Future: Study
0 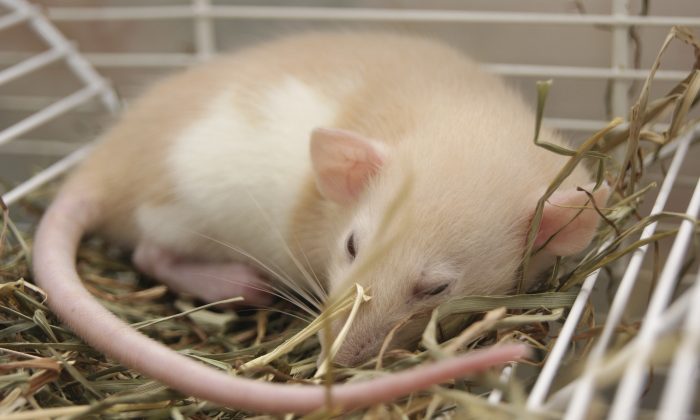 Do Rats Dream of the Future?

Rodents, one might guess, live in the present—seeking out the best rewards they can scurry to. Indeed, the Scottish poet, Robert Burns, encapsulated this in his poem, “To a Mouse,” with the lines: “Still, thou art blest compar’d wi’ me! The present only toucheth thee: But Och! I backward cast my e’e, On prospects drear! An’ forward, tho’ I canna see, I guess an’ fear!”

Legend has it that Burns wrote the poem after turning a mouse out of its home when ploughing his fields. He felt pity for it, but also envied the mouse for its inability to worry about what the future might bring. However, it seems Burns may have been wrong. New research published by our research team in eLife indicates that rodents do in fact appear to simulate the future, and they do so during sleep/rest periods.

We have known since the 1970s than neurons, called “place cells,” in a brain area called the hippocampus form an organized map of space through their spatially localized patterns of activity. Because each cell is active in a different part of a space, the population of activity from these cells provides a sort of “you are here on the map” signal to the rest of the brain connected to the hippocampus. Place cells are typically recorded in rats, but similar patterns have been observed in humans.

One dogma is that place cells can only form a map during active physical travel through a space. However, we wondered whether this assumption might be wrong. This was because a recent study found that humans with hippocampal damage struggled to imagine future scenarios. When asked to imagine lying on a beach in a tropical bay, for example, the patients described having great difficulty creating a coherent scene in their mind’s eye. We speculated that if place cells not only map space during physical exploration, but also during mental exploration of a future space, this might underlie why the patients were unable to imagine fictitious places. The patients’ place cells were damaged making them unable to mentally construct imagined places.

To test this hypothesis, we placed rats on a straight track with a T-junction ahead while recording place cells from their hippocampus. Access to the junction—as well as the left and right hand arms beyond it—was prevented by a transparent barrier. One of the arms had food at the end, while the other side was empty. After observing the food the rats were put in a sleep chamber for an hour. Finally, the barrier was removed and the rats were returned to the track and allowed to run across the junction and on to the arms.

During the rest period, the data showed that the place cells that would later provide an internal map of the food arm were active. Cells representing the empty arm were not activated in this way. More specifically, the map was sequentially activated consistent with trajectories leading to and from the food—what we refer to as “pre-play.” This indicates that the hippocampus was simulating or preparing future paths leading to a desired goal.

This indicates that the hippocampus was simulating or preparing future paths leading to a desired goal.

So if rats are able to simulate future scenarios when resting in a sleep chamber, does this mean that the rats were dreaming of running to the food during the rest period? The truth is we don’t know. We only know humans dream because we can speak to them about their inner experiences after they wake.

We also don’t know whether the activity recorded in our experiment comes from specific periods of sleep in which dreams in humans tend to be reported. However, the idea that such activity patterns in the hippocampus might underlie the content of dreams has been speculated on before and this is thought to have influenced the recent film “Inception.”

In the future it may be possible to relate the activity of place cells recorded in humans to dream content. However, technical challenges of recording enough cells make this difficult. A more tractable project for future work is to establish whether or not the pre-play is behaviorally important.

We found that the greater the interest each rat showed in the unobtainable food the more pre-play they expressed in their hippocampus. Currently this is based on evidence from just four rats. Future work with greater numbers of rats and future manipulations of the possible options of routes to a goal would help.

Whether rats dream at all remains unclear, but what is clear is that they are capable of processing relevant futures, yet to happen, during their periods of rest. Thus, rats may be more similar to us humans in their capacity to wonder about what the future holds.

Hugo Spiers is a senior lecturer in the department of experimental psychology at University College London. This article was originally published on TheConversation.com.