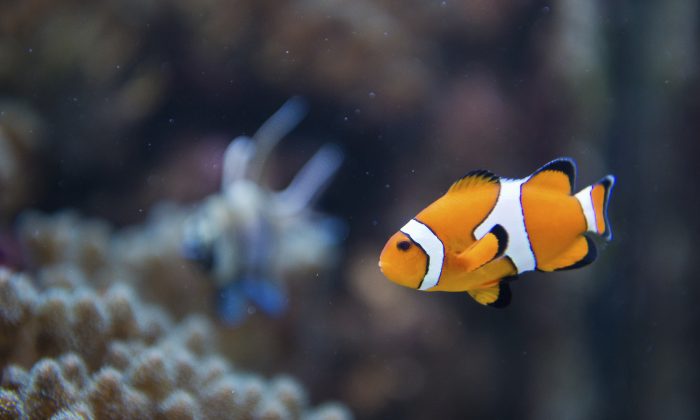 Do Fish Have Feelings? Maybe…

The question of whether animals other than humans can think and feel has been debated for centuries. Most of us would agree that humans have a level of consciousness, loosely defined as an ability to experience thoughts and emotions. But which other creatures have consciousness remains an open and controversial question.

We can also ask whether there are different degrees of consciousness and whether the experiences of other organisms are similar to our own. Many may think that dolphins and deer have the ability to feel emotions, but what about a fish, a bug or a plant? Which brings us to another key question for scientists: how do we figure out if animals or plants feel? My colleagues and I recently carried out research that looks at one way of answering this question, and found that fish appear more likely to experience emotions that we previously thought.

Scientists have used many different criteria to argue for or against the proposition that non-human animals have the capacity for emotions and consciousness. Those arguing that fish, for example, do not have this capacity point out that their brains are relatively small and simple, and lack the cerebral cortex that mediates much high-level information processing in mammals. They say that fish show little capacity for learning and memory and have a very simple behavioral repertoire. According to this view, the responses fish give to adverse circumstances might be more than just uncontrollable reflexes but are still very simple and have little or no emotional content.

Others are strongly against the idea that fish cannot have emotion or consciousness—and for a variety of reasons. For example, the fish brain is small and organized differently from that of mammals. But it also has structures with the same parts of the mammal brain we know play key role in generating emotions (the amygdala) and supporting learning (the hippocampus). If these areas are damaged we see similar behavioral effects in fish and mammals, suggesting they serve a similar function.

There’s also a huge amount of research that clearly shows fish have impressive learning capacities and use these to support a whole range of sophisticated behaviors. Many species of fish can perform complicated feats of navigation by remembering mental maps. Others can work out how likely they are to win fights with other fish by observing and remembering potential rivals‘ previous battles. And some even make and use tools such as an anvil for cracking open bivalve mollusk shells.

We also now know that fish can perceive and respond to noxious stimuli like chemicals like acetic acid, for example, that also cause pain in mammals. This includes things that go far beyond simple reflexes, such as shifts in mental state.

One particular trait used to identify consciousness, which was previously thought to be absent in fish, is the capacity for stress-induced hyperthermia or “emotional fever.” This is a physical reaction similar to a fever caused by infection, but in this case the trigger is a stressful situation. Basically, the body gets warmer in response to stress.

Until recently, it was thought that, among vertebrate animals, only the amniotes (mammals, birds, and reptiles) displayed emotional fever and so have the capacity for consciousness. This view was based on previous studies suggesting that toads and goldfish didn’t show such fever.

But by studying zebrafish exposed to a stressful situation—confining them on their own in a small net in the center of the experimental tank—my colleagues and I were able to prove otherwise. Because fish are ectotherms, or cold-blooded animals, they need to move to an environment with a temperature that matches their internal physiological state. So after a stressful situation, you’d expect them to move into warmer water.

After 15 minutes in the net, the confined fish were released to freely swim among the tank’s other chambers, each of which was heated to a different temperature. The stressed fish spent markedly more time in the warmer waters than another group of fish that had not been exposed to a stressful situation, in a way that suggested their body temperatures had risen by between 2 and 4 degrees Celsius —and that emotional fever was the cause.

The fact that some fish can undergo emotional fever doesn’t prove fish in general are conscious beings. But it does mean those who believe fish don’t have feelings can no longer use their supposed lack of emotional fever as an argument. And it adds to the emerging picture of fish as complex animals that may well be sentient and conscious, to some extent at least. Most importantly, this could affect how we understand the evolution of emotions and consciousness in vertebrate animals, not to mention our arguments for protecting the welfare of fish.

Sonia Rey Planellas is a senior research fellow at the University of Stirling in the U.K. This article was originally published on The Conversation.