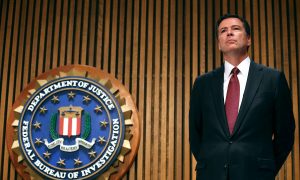 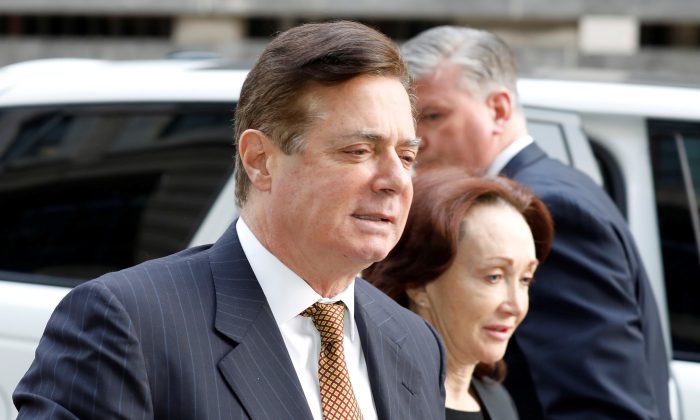 Paul Manafort arrives at a hearing at District Court in Washington on Jan. 16, 2018. Alexandra Chalupa worked to dig up dirt on Manafort in Ukraine. (Reuters/Yuri Gripas/File Photo)
Politics

WASHINGTON—Alexandra Chalupa, a contracted opposition researcher working in 2015 and 2016 for the Democratic National Committee (DNC) with extensive Ukrainian sources, met with multiple officials in President Barack Obama’s administration in the White House, according to visitor logs examined by Judicial Watch.

Investigative reporter John Solomon reported earlier this year that Ukrainian Ambassador to the U.S. Valeriy Chaly told him that “at the time of the contacts in 2016, the embassy knew Chalupa primarily as a Ukrainian-American activist and learned only later of her ties to the DNC. He says the embassy considered her requests an inappropriate solicitation of interference in the U.S. election.”

Chalupa’s efforts to dig up dirt about Trump and Manafort were first reported in 2017 by Politico’s Kenneth Vogel, who said she “met with top officials in the Ukrainian Embassy in Washington in an effort to expose ties between Trump, top campaign aide Paul Manafort, and Russia, according to people with direct knowledge of the situation.”

Vogel said Chalupa was part of an effort in which Ukrainian officials “tried to help Hillary Clinton and undermine Trump by publicly questioning his fitness for office. They also disseminated documents implicating a top Trump aide in corruption and suggested they were investigating the matter, only to back away after the election. And they helped Clinton’s allies research damaging information on Trump and his advisers.”

Also in 2017, Sen. Charles Grassley (R-Iowa) told then-Deputy Attorney General Rod Rosenstein in a letter that “Chalupa’s actions appear to show that she was simultaneously working on behalf of a foreign government, Ukraine, and on behalf of the DNC and Clinton campaign, in an effort to influence not only the U.S. voting population but U.S. government officials.”

Chalupa is a Ukrainian American political operative who described herself as merely a “part-time consultant for the DNC running an ethnic engagement program.”

Judicial Watch’s analysis of White House visitor logs suggests Chalupa was a familiar face to more than a few Obama administration officials. The logs disclose, according to the nonprofit government watchdog, that she met with:

Charles Kupchan: Kupchan was special assistant to the president and the senior director for European affairs for the National Security Council (NSC) from 2014 to 2017. Chalupa met with Kupchan on Nov. 9, 2015.

Judicial Watch also made public from the visitor logs a May 3, 2016, email in which Chalupa warned Luis Miranda, the then-DNC communications director, about “a lot more coming down the pipe. I spoke to a delegation of 68 investigative journalists from Ukraine last Wednesday at the Library of Congress—the Open World Society’s forum—they put me on the program to speak specifically about Paul Manafort and I invited Michael Isikoff whom I’ve been working with for the past few weeks and connected him to the Ukrainians.”

Chalupa also said there would be “more offline tomorrow since there is a big Trump component you and Lauren need to be aware of that will hit in next few weeks and something I’m working on you should be aware of.”

Judicial Watch President Tom Fitton said Chalupa “should be questioned [by Congress] about the meetings documented in these visitor logs.”