DNC Investing Millions in Battleground States Ahead of 2020 Election 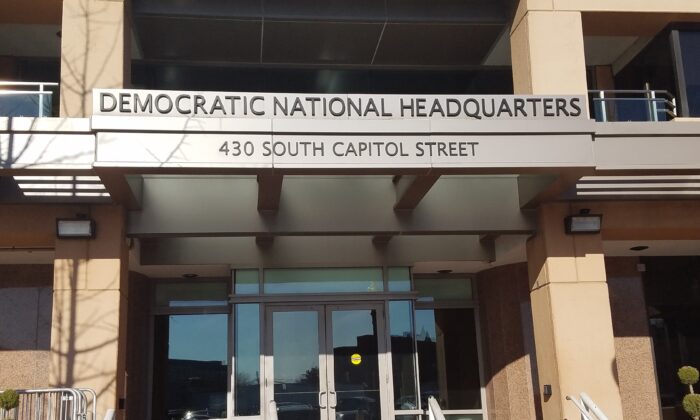 The Democratic National Committee (DNC) announced a multi-million-dollar investment into six battleground states including Wisconsin, Michigan, Pennsylvania, North Carolina, Florida, and Arizona, as part of a strategy to take back the White House from President Donald Trump.

“Today, we’re announcing a new, multi-million-dollar investment in six battleground states! We’re ready to continue laying the groundwork for our eventual nominee — as well as Democrats up and down the ballot,” wrote the DNC Twitter account Wednesday.

It’s called the “Battleground Build-Up 2020” because the money will cover those states that have the potential to swing toward either party in the presidential elections.

The six states targeted are some of the ones Trump won in 2016. But the initial financial investment will not cover Iowa or New Hampshire. Iowa went to Trump in 2016 and Obama in 2012. New Hampshire has gone blue the last 4 cycles, with Clinton winning there in 2016.

“The DNC is making historic, early investments to lay the groundwork for our eventual nominee to win in 2020. We are taking nothing for granted as we work to make Trump a one-term president and win up and down the ballot in 2020,” said DNC Chair Tom Perez.

This initiative will nearly double the on-the-ground organizers in those states, open new offices, and increase the number of operations and data staff.

“These organizers, offices, and staff will help our eventual nominee grow their general election operation as quickly as possible and ensure Democrats are reaching out to every voter possible, starting right now,” said Perez.

Part of the multi-million dollar operation will fund communications and voter protection. The DNC will work to get their message out and increase on-the-ground voter protection infrastructure across multiple states.

The DNC said in a press release, “There was no comparable investment made by the DNC at this point during the 2016 presidential campaign cycle. Additional states and funding could be added as the cycle continues.”

The DNC investment comes behind the efforts of the Republican National Committee and Trump’s reelection campaigns in the same battleground states. With no serious competition from other Republicans, Trump’s campaign and the RNC have poured millions into ensuring their win in 2020.

“With this agreement, the RNC, Trump campaign, and state parties will continue our massive fundraising advantage which allows for the largest data-driven ground game in Party history,” RNC Spokesperson Mandi Merritt said. “Try as they may, Democrats can’t compete.”

The RNC has consistently outraised the DNC.

The Hill reported that the Trump campaign, the Republican National Committee (RNC) and other Republican groups raised over $154 million in the fourth quarter of 2019, ending the year with close to $195 million.