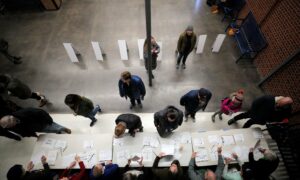 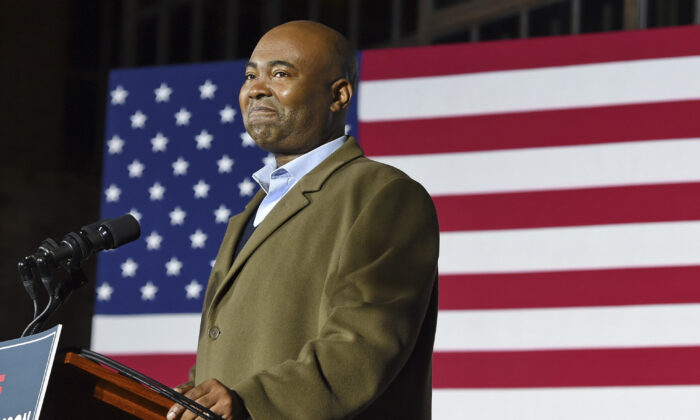 Democratic National Committee (DNC) Chairman Jaime Harrison said the party has to attempt to restore the “brand” of the Democratic Party.

“It’s not even just with Republicans, the Democrat brand with some of the folks who are core at the base of our party is not the greatest. And so I want to spend a lot of time, energy, and effort understanding why the brand is where it is, what it is and how, and what we can do in order to improve it,” Harrison told The Daily Beast over the weekend.

Harrison made a reference to his unsuccessful bid to unseat Sen. Lindsey Graham (R-S.C.) in South Carolina in November 2020.

“I experienced it on my own race, Lindsey [Graham] and his crew of dark money effectively labeled me as somebody who believed in defunding the police. My grandfather on my stepfather’s side was in the Detroit police department for 40 years. So I don’t believe in that,” Harrison told the left-wing news outlet.

Since the Nov. 3 election, some Democratic lawmakers have lamented the “defund the police” rhetoric that was used by Black Lives Matter and other left-wing groups during last summer’s riots and protests. Republicans were able to brand the Democratic Party of embracing socialism and cancel culture in the midst of the violence.

“But they were able to do it because the Democratic brand had been so tarnished in South Carolina that people would believe anything. If they said, ‘Jamie kicked a puppy the other day,’ they would have believed it,” Harrison added. “We have to take credit and claim the things that we will have gotten done over the course of these next two years. We’re going to do a lot for rural America.”

A recent poll from Ipsos/USA Today found that only 18 percent of Americans support defunding the police.