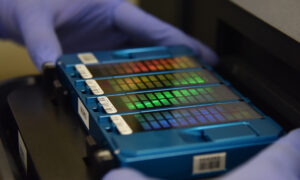 There have been reports that DNA samples were allegedly taken from Hong Kong protesters who were recently arrested under the new national security law. Renowned Hong Kong businessman Elmer Yuen acknowledged these reports and said that the DNA sampling reminded him of the Chinese regime’s forced organ harvesting among prisoners of conscience, including adherents of the spiritual practice Falun Gong.

After Beijing’s national security law came into effect in Hong Kong on July 1, 10 protesters, ages 15 to 67, were arrested and taken into custody. A lawyer for several of the protesters claimed that DNA samples were collected, the Japan Times reported on July 7.