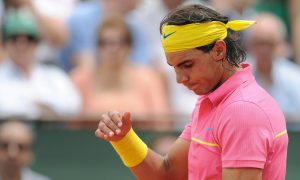 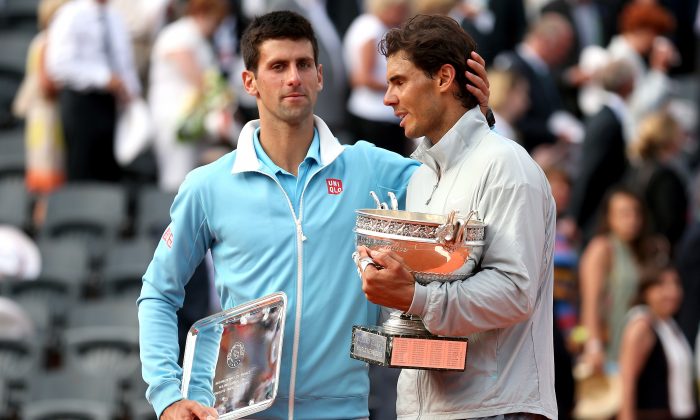 Djokovic Versus Nadal: Will the Quarter-Final Winner Have Enough to Play On?

Finally, the matchup we all want to see happens Wednesday—the longtime challenger and world No. 1 Novak Djokovic versus nine-time champion Rafael Nadal.

Only it’s not when we want to see it.

It’s nothing against a midweek match but the battle of the top two contenders at this year’s French Open takes place in the quarters—two matches before the finals—meaning the victor will have to have enough left over to down two more opponents in order to officially lift the trophy—if he has any strength left.

It’s a bittersweet matchup—like if we finally got the top two boxers in the world together for a much-anticipated fight and the long-awaited match ended up being a dud because one of them was injured. Oh wait, that already happened.

This one figures to be anything but a dud.

How Federer Can Win His 18th Major at Roland Garros

Djokovic has a blistering 35–2 record this year—including a straight sets win over Nadal last month in Monte Carlo. Overall the Serbian great has won eight career majors, yet the French Open—long-dominated by Nadal—is the only Grand Slam championship that still eludes him.

Nadal, who has won the last five French Opens, nine of the last 10 overall, and has an unheard of 70–1 mark at the event, is the man that keeps getting in his way—and everyone else’s.

Six times these two have met at Roland Garros and all six times Nadal came away with the win. Nadal topped Djokovic in the finals in 2012 and 2014 and in the semis in 2013 in a match that proved to be the best of them all—a five-set masterpiece that Nadal won 9–7 in the fifth.

Although LeBron James seems to be able to navigate through the East on whatever team he happens to be playing for, the West is where the powers have traditionally been.

From 1999 to 2003 the Lakers and Spurs combined to win five straight titles, while meeting in the playoffs four of those years (Tim Duncan was injured heading into the 2000 postseason and the Spurs collapsed in the opening round without him).

Yet all four times the titanic matchup took place in the conference semis—the second of the four-round postseason. The teams split the four series with San Antonio winning in 1999 and 2003 and the Lakers in 2001 and 2002.

Ironically, their most thrilling matchup was the year after—in 2004—when Los Angeles won in six, yet didn’t have enough left to beat Detroit in the finals.

Could the same happen to Nadal or Djokovic if their match goes the distance? Possibly, but the should-be epic match will almost certainly live up to its billing, even if the championship trophy won’t be on hand to witness it.