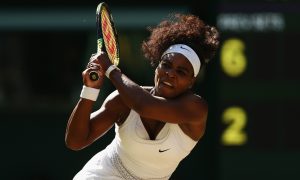 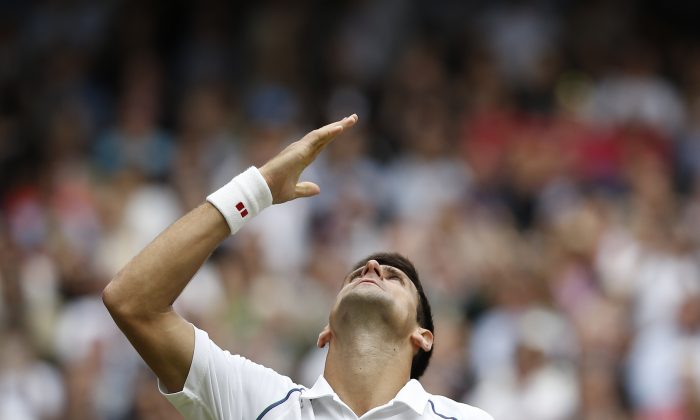 LONDON−Novak Djokovic won his 3rd Wimbledon Gentlemen’s Singles Title at the All England Lawn Tennis and Croquet Club, London, on Sunday July 12, 2015 beating Roger Federer in 4-sets. The Final created huge interest with people wondering if Federer could secure his 8th Wimbledon Title and move ahead of Pete Sampras in Grand Slam wins, but it was not to be. Djokovic won the match 7/6 (7:1), 6/7 (10:12) 6/4, 6/4.

Ferocious baseline rallies were a feature of the match particularly in the first 3-sets with both players giving their all. Both players won an average of 74 percent of their 1st serves but this climbed to 94 percent for Djokovic in the 3rd set. With second serves Djokovic was some way ahead winning an average of 60 percent compared to Federer’s 49 percent. Djokovic’s ground-stroke consistency was superb, as ever, as was his service returns putting huge pressure of 7-times Champion.

There were smatterings of Federer brilliance, with some great smashes, some delicate drops and a number of angled winners, but for most of the time he was anchored at the baseline by the accuracy and ferocity of Djokovic’s ground strikes. In all Federer produced 58 winners to Djokovic’s 46 but Federer’s unforced error count was much too high at 35 compared with Djokovic’s 16. Significantly, Djokovic won 16 of his 17 1st serves in the 3rd set (94%) and 11 out of 14 (74%) in the 4th set. Federer’s success rate against Djokovic’s serves declined significantly in Sets 3 and -4.

Djokovic took the first set with a tiebreak score of 7:1 to stamp his authority on the match. The second set also remained on serve and ended in a tiebreak, with Djokovic racing away to a 6:3 tiebreak lead before Federer made a tremendous comback to take the tiebreak 12/10.

Djokovic came out at the start of the 3rd “guns blazing’ moving ahead to 40:15 on Federer’s serve before Federer recovered with a string of great shots. Although the 3rd set started on-serve, in the 3rd game of the set although Federer moved 40:15 ahead, Djokovic played 3-winning points to take him to Advantage. On the next point Federer made a crucial unforced error handing Djokovic the break. Djokovic then went on to win the set 6/4.

From this point and with Djokovic playing so well it was always going to be difficult for Federer to make a come-back. The 4th set was on serve until Game-5 when Federer netted twice allowing Djokovic to break serve. Federer also had a tough next service game but came through after surviving one Advantage point against him. Djokovic won his next service game to take the score to 5/3 and then broke Federers serve to win the match.