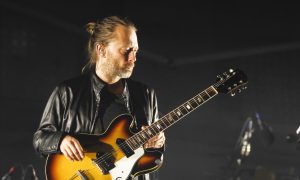 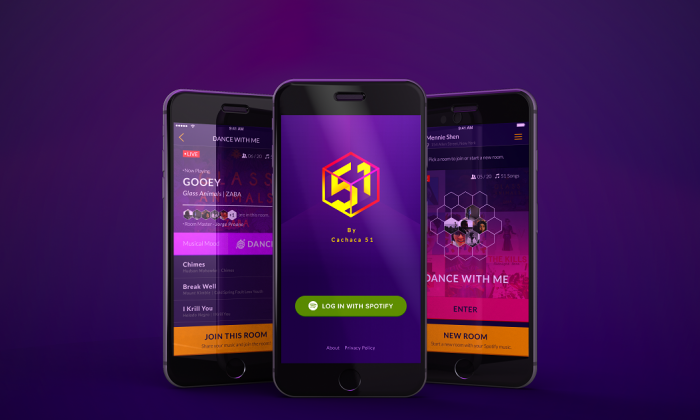 Free mobile app DJ-51 promises to make the music streaming service Spotify a lot more fun, if it can gain the traction it needs.

The app aims to solve a common problem for audiophiles: there’s so much music to share, but friends are too busy advocating for their own playlists to listen to yours.

DJ-51, which has a deep violet colored background, matches one’s music playlists from streaming service Spotify with others’ playlists in the same location.

The app streams the music while using artificial intelligence to match songs and is also a social network with GPS locator.

The app streams the music while using artificial intelligence to match songs and is also a social network with GPS locator. It forms a small social network when people with the app gather in a room. The network immediately dissolves when the last person leaves the room.

“We designed the network to create a space that prompts human interaction, where the music creates conversations,” stated app creator Daniel Perez Pallares. Rather than sharing a link on Facebook, or posting on Instagram, DJ-51 would prompt sharing in real time from one location to everyone nearby, according to Pallares.

Watch Out Spotify and Pandora, Shazam Just Got $30 Million Invested, Worth $1 Billion

Musical taste is highly personal but DJ-51 will be a way to satisfy everyone’s tastes with a carefully curated collective playlist, according to the press release. DJ-51 emphasizes the app’s collective quality, which differentiates it from Spotify’s already built-in radio feature.

A Spotify user can use Spotify Radio to find new songs that sound like playlists the user has already made, but it is limited to one user, unlike DJ-51. There is also the option on Spotify to make a playlist with friends able to add songs to it but DJ-51 allows input from everyone in a given location.

The biggest obstacles the app faces are a series of bad reviews on Google Play and a dearth of reviews on iTunes.

So far the biggest obstacles the app faces are a series of bad reviews on Google Play for Android for having many bugs and lags, and the dearth of reviews on iTunes. The version on iTunes is several updates ahead of the one on Google Play.

Many on Google Play were excited by the concept behind DJ-51, but felt that the app synced too slowly or didn’t work at all.

The sole reviewer on iTunes noted on April 11: “The idea for the app is of pure musically related genius. However, there are so many bugs and lack of population. Once this gets financed better, I believe it will be one of the best music apps around.”

A spokeswoman said that updates have been released this week and last to fix bugs and add improvements to the app.

The app has its unlikely origins being named after Brazilian distilled spirit Cachaça 51 and created by the company that brews it, as a way to promote its brand as cool and contemporary.