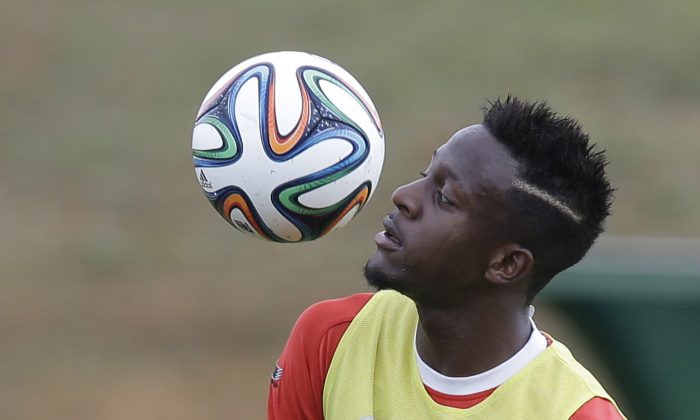 Divock Origi scored against Russia in the World Cup match on Sunday.

Origi, just 19 years old, is the youngest Belgian player to ever score in the World Cup.

He scored in the 88th minute of the match, so the goal is possibly the game-winner.

Origi is the son of Mike Okoth Origi, who played for the Kenya national soccer team.

See an Associated Press story below

RIO DE JANEIRO—Belgium and Russia were locked 0-0 at halftime of their Group H match at the Maracana on Sunday.

Belgium dominated the early possession but Russia’s Victor Fayzulin had the first shot on target, forcing Belgian keeper Thibaut Courtois to make a sprawling save in the 12th minute. Courtois made another diving stop in the 30th to Maksim Kanunnikov’s 20-yard strike. Unmarked Russian forward Alex Kokorin missed with a header just before the break.

Dries Mertens consistently caused trouble for the Russian defense and had three of Belgium’s best chances, narrowly missing in the 20th, 22nd and 36th.

Belgian defender Thomas Vermaelen was replaced in the 31st apparently with a left knee problem he picked up during the warmup.