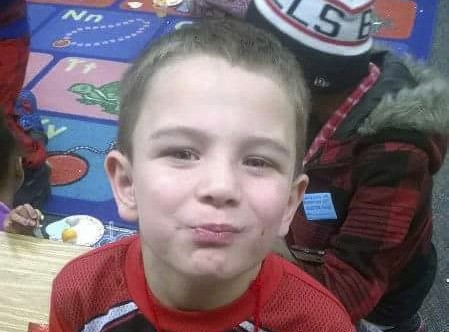 AURORA, Colo.—Divers looking for a 6-year-old boy who apparently wandered away from his suburban Denver home on New Year’s Eve found the body of a child in a frozen pond Tuesday.

An identification has not been made yet, but authorities notified David Puckett’s family because of suspicions the body is that of the boy, Aurora Police Chief Nick Metz said.

Bloodhounds looking for David didn’t get good results, but a dog that can track scents in the air pointed authorities to the pond in a park not far from his home Monday, Metz said. The area around the pond had been searched but not the water because there was no sign of a break in the ice, the chief said.

Police have said they don’t suspect foul play in the disappearance of David, who has wandered off before. Investigators would try to re-create how a child could have ended up in the pond, Metz said.

The FBI and other law enforcement agencies helped search for the boy missing for three nights, going door to door within 2½ miles of his home in Aurora, handing out fliers and using a helicopter with an infrared system.

Temperatures dropped into the teens overnight, and David was wearing only a light jacket when he vanished Saturday.

Authorities issued an Amber Alert and offered a $10,000 reward. Though police didn’t suspect foul play, they contacted registered sex offenders who live nearby as a precaution.

His mother and authorities appealed for help finding the boy as quickly as possible, partly because of the cold weather.

“The public can help by physically searching their homes, automobiles, and any structures on their property where a child may be able to hide,” police said in a statement.

The FBI told the Denver Post that the agency assigned 50 agents to the case, including one who is highly specialized in searching for missing children.