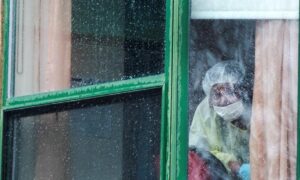 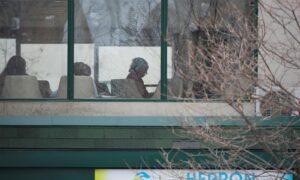 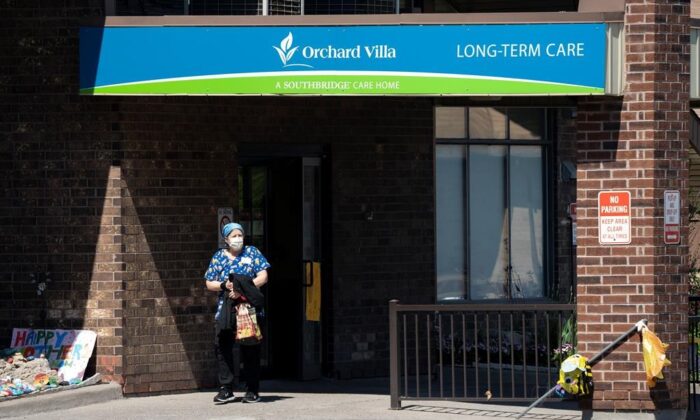 Simon Nisbet is convinced that if he hadn’t moved his mother out of her long-term care home, she would never have left alive.

He said daily visits to her window at Orchard Villa in Pickering, Ont., led to a mounting list of concerns as a deadly COVID-19 outbreak swept through the home, killing dozens of residents.

He alleged his 89-year-old mother’s call bell lay disconnected on the floor of her room, not far from where he consistently saw trays of untouched food. Staff, he said, were unable to tell him what she’d had to eat or drink and rarely provided updates on the evolving outbreak.

After she was officially diagnosed with the novel coronavirus herself, Nisbet said he could tell from the look in her eyes that she was deteriorating quickly and needed to be transferred to a local hospital for better care.

By the time she got there, Nisbet said she had sustained serious kidney damage due to dehydration. While she appears to have recovered from COVID-19, she remains in hospital in fragile health.

When a bombshell report from the Canadian Armed Forces outlining a litany of problems at five long-term care homes including Orchard Villa was released on Tuesday, Nisbet said he was not surprised.

“I had no choice but to get her out of there,” he said in a telephone interview. “If I trusted what they were telling me, she’d be gone.”

Orchard Villa did not immediately respond to request for comment on the report or Nisbet’s allegations.

The military report, prepared after troops were sent into five homes overwhelmed by COVID-19 outbreaks, details “horrific” allegations of insect infestations, aggressive resident feeding that caused choking, bleeding infections, and residents crying for help for hours. Allegations also included failure to isolate COVID-19-positive patients from the rest of the home and a host of hygiene issues involving everything from contaminated catheters to dangerous pressure ulcers.

Both Prime Minister Justin Trudeau and Ontario Premier Doug Ford decried the report’s “disturbing” and “horrific” findings, with Ford pledging to fix the long-term care system across the province.

For Celestine Johnston, any reforms will come too late. Her husband Ron died of COVID-19 last month at Anson Place, a long-term care home in Hagersville, Ont., that was not included in the military’s report.

Johnston said her husband contracted the virus from his roommate, who continued to sleep just a metre away from him even after being diagnosed.

As the virus swept through the home, infecting residents and staff alike, she said her husband’s requests to be moved from his bed into his wheelchair often went unheeded and he frequently went without meals or fluids.

He died alone in mid-April weeks after his roommate also succumbed, she said. Anson Place did not immediately respond to request for comment on his case.

“I don’t want to think one day my kids will have to go in a home or maybe I will,” she said. “We can’t be treated that way. This has to be fixed. It’s too late for Ron, but it’s not too late for other people.”

Similar fears haunt Audrey DaCruz, who said her mother spent just eight weeks in an east-Toronto-area long-term care home before dying of COVID-19. In a chat hosted by Ontario’s opposition party leader, DaCruz alleged her mother contracted the virus from her two roommates who were not isolated even after testing positive for the disease. The facility was not included in the armed forces’ report.

“She did not deserve to die this way … with only a masked stranger by her side,” DaCruz said of her mother. “It’s too late for my mom, but there are others still there that we can save.”

The secretary-treasurer of the Canadian Union of Public Employees health care division called the report “sad and troubling,” but said many people have been raising concerns about conditions in long-term care homes for years.

“I think the lives of people working and living in long-term care facilities … are completely and totally undervalued,” Candace Rennick said.
“People have just basically, left these people to die in these completely undignified conditions.”

Nisbet, for his part, agrees.

“I get tired of the taglines from the government that the system is broken,” he said. “I don’t want to hear it’s broken, I want to hear how you’re going to fix it.”

By Liam Casey and Michelle McQuigge

With files from Shawn Jeffords