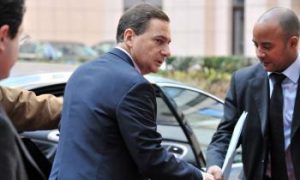 A new study by the Rand Corporation finds that medical disparities experienced by poorer people and racial and ethnic minorities may increase with performance-based payments for primary care providers.

"Paying for performance may have the unintended effect of diverting medical resources away from the communities that need these resources the most," said Dr. Mark Friedberg, the study's lead author and an associate natural scientist at RAND, a nonprofit research organization. "If you don't watch where the money goes, pay-for-performance programs have the potential to make disparities worse."

The study, featured in the May 2010 issue of the journal of Health Affairs, simulates the impact of pay-for-performance programs that serve medically vulnerable communities—including minority communities—in which a health disparity currently exists.

In their simulation of primary care physicians in Massachusetts, researchers found that average-sized physician practices serving the highest proportion of vulnerable populations would receive about $7,100 less annually than other practices. That difference could be even larger if greater amounts of money are put at stake in future pay-for-performance programs.

This pay disparity is a leading indicator of potential increase in the disparity of the quality of care to medically vulnerable minority communities.

While pay-for–performance programs are new to the United States, they have been implemented in other countries, including the United Kingdom.

A similar U.K. study recorded the change in the health of diabetes patients both prior and post the implementation of a pay-for-performance program between 2000 and 2005. It was found in the study that the mean systolic and diastolic blood pressure and A1C hemoglobin levels decreased in the researcher's three main test groups, however, a disparity existed between white and black patients.

“I think those [pay-for-performance reforms] are important, but they're unlikely to transform health care by themselves. And they do run the risk of getting doctors and hospitals to teach to the test and be too specifically focused on the particular issues identified in the legislation,” said Mark McClellan, director of the Engelberg Center for Health Care Reform at the Brookings Institution in an interview in the Washington Post about the Affordable Care Act.