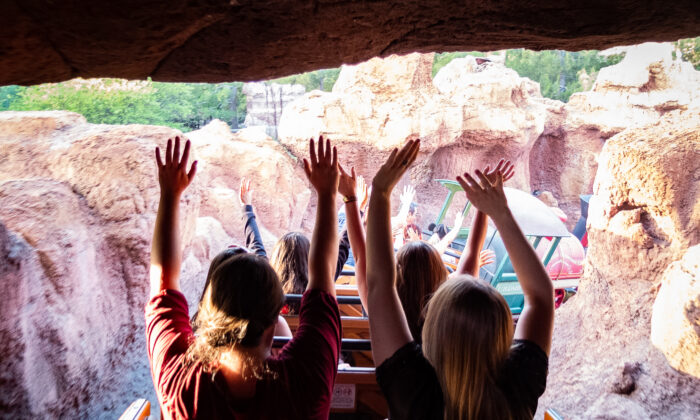 Disneyland sold out of another Magic Key annual pass tier on Nov. 24 as reservation slots are quickly filling up for passholders amid the busy holiday season.

The Believe Key annual pass is the second-most-expensive pass, providing availability to make reservations for the theme park nearly every day of the year, for $949.

“Due to the popularity of the new Magic Key Program, and in order to deliver a great guest experience for all guests, the Believe Key is sold out at this time,” KTLA5 reported a Disneyland official said.

The halt to sales comes nearly a month after Disneyland stopped selling the Dream Key annual pass—the theme park’s most expensive pass at nearly $1,400 per year.

Days before Disneyland stopped sales on the Believe Key, Walt Disney World (WDW) in Orlando, Fla., removed multiple tiers of its annual passes from purchase, according to the WDW website.

As Disney limits annual passes available for purchase, fans speculate that limited reservations for passholders might be a reason.

Instagram blogger The Happiest Dad on Earth suspects the park is turning away from attracting locals by limiting annual pass sales.

“Between the Dream and Believe Key selling out, the scarcity of reservation, and even the pause to annual pass sales at WDW, it seems like Disney is trying to steer away from annual passes,” he told The Epoch Times.

“Disneyland has always been a locals’ park and therefore geared more to its passholders. So hearing the troubles with magic key sellouts and reservation qualms, the tide might be shifting away from a locals park, which in my opinion won’t go over well with Disneyland’s die-hard fans.”

Since the Halloween season at Disneyland, passholders have complained about the lack of reservations available to passholders.

As of Nov. 24, Disneyland’s reservations for all passholders are fully booked until January as the Christmas season fills the park.

While passholders express concerns over the inability to secure slots at the theme park, Disneyland released a notice on its website urging customers to check theme park reservation availabilities prior to purchasing their Magic Key annual pass.

Disney is advising passholders to make reservations as early as possible as slots are limited, according to the notice.

A Disneyland spokesperson was not immediately available for comment.