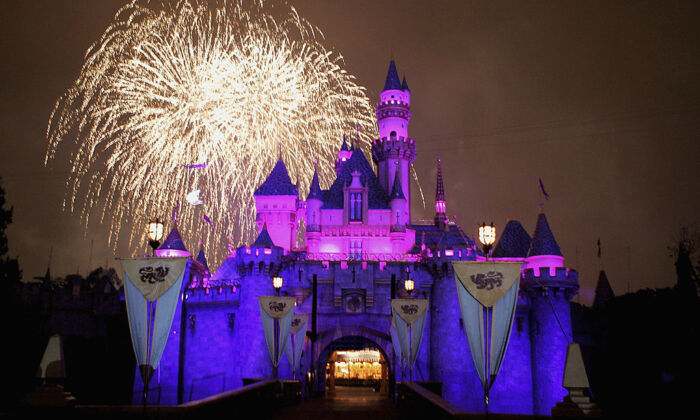 Fireworks explode over The Sleeping Beauty Castle at Disneyland Park in Anaheim, Calif., on May 4, 2005. (Frazer Harrison/Getty Images)
Southern California

The theme park began enforcing the policy after a six-month leniency period from when the magic key annual pass reservation system was introduced in August last year, according to InsidetheMagic.

Pass holders can make reservations for the theme park 90 days in advance and must cancel before midnight one day prior to the reservation to avoid a strike being added to their account.

If pass holders don’t show up to their reservation three times within a 90-day period, they will be unable to make new reservations for at least 30 days, according to the Disneyland website.

Disneyland warned pass holders of this policy when they began being offered on Aug. 25. However, the news that the “no show” policy wasn’t being enforced came as a surprise to some pass holders.

“I didn’t know that they weren’t enforcing it,” Jane Whitman (a pseudonym) told The Epoch Times. “I was worried before about them penalizing me for missing one reservation.”

Disneyland began offering its Magic Key annual pass holder program shortly after retiring its old program, which did not offer reservations, amid the COVID-19 pandemic.

To visit the park, pass holders must make a reservation in advance to avoid overcrowding. Passes are offered in different tiers and pass holders can make up to six reservations depending on their pass tier.