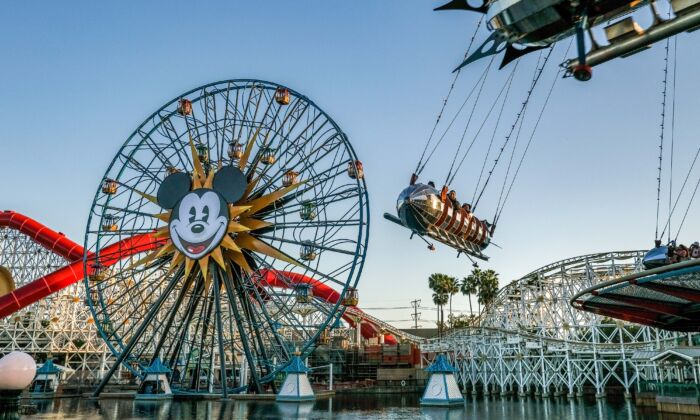 As Magic Keyholder reservations for Disneyland are nearly filled for the remainder of 2021, the annual pass-holders are speaking out against the theme park’s lack of availability.

Disneyland released the Magic Key annual pass in August after ending the annual pass program earlier in the year when the theme park was closed amid the ongoing COVID-19 pandemic. Passes offered range from $399 to $1,399, with pass-holders paying depending on the number of available dates they prefer.

Kathee Baines, an Enchanted Keyholder, purchased an annual pass unaware of how difficult it would be to reserve her spot in the theme park. Despite purchasing a higher-priced pass to go on the weekends and occasionally during the week, the reservation system makes it difficult to select desired dates.

“I look to see if I can make a reservation on the day my pass is good, [and] I can’t because they limit the number of keyholders,” Baines told The Epoch Times. “That’s unfair to us that have committed to pay for the passes.”

For nearly a week, Disneyland’s ticket and reservation system for all Magic Keyholders was fully booked for October. On the evening of Oct. 19, the reservation system showed more availability for keyholders to reserve last-minute slots from Oct. 20 to Oct. 22.

As for November, about 13 days of weekday availability remain for keyholders to book, with most weekends being sold out. In December, Disneyland appears to be fully booked, with only Disney California Adventure Park being available to reserve.

According to the Disneyland reservation system, more days are available for non-pass-holders who purchase one-day theme park tickets than for keyholders.

Depending on the pass, keyholders can reserve between two and six slots. With the Enchanted pass, Blaines is able to reserve up to four dates to attend the theme park.

Baines has four future trips to the park planned with her daughter but misses being able to go last minute.

“I knew we would have to make a reservation, that’s okay, but I didn’t know they wouldn’t give us priority,” Baines said. “If I want to go last minute, I can’t, because there’s only availability for people with regular tickets.”

“I wish it could be more flexible,” Baines said. “Today I would have gone, but I have four days reserved, so even if there were spots, I couldn’t go.”

“This is not an [annual pass] scenario, folks,” Andrew Sheridan wrote on Facebook. “It is a greatly different and deliberately designed system to create a better atmosphere within the parks. … The happiest place on earth is better for the restricted access right now. It’s also an amazing feeling when you get it knowing you had to work for it.”

The Epoch Times reached out to Disneyland regarding limited availability for annual pass-holders but didn’t receive a response by deadline.