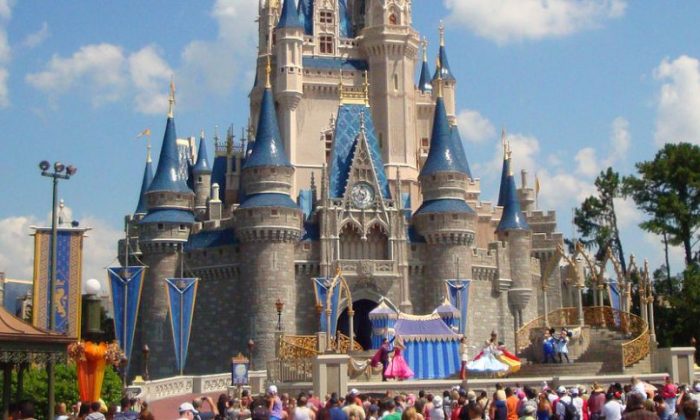 Disney World near Orlando, Fla. (Childzy at en.wikipedia)
US

According to Orlando’s News 6, Magic Kingdom, Epcot, and Disney Springs will close Saturday at 9 p.m. ET.

Blizzard Beach is closed Friday and will reopen next Tuesday. Typhoon Lagoon will close at 5 p.m. on Saturday.

ESPN Wide World of Sports will be closed Saturday until Monday.

More details can be accessed at Disney’s website (here).

Hurricane Irma is expected to make landfall in South Florida on Sunday night.

The National Hurricane Center says that Central Florida in is in path of the major hurricane. They eye will remain over Central Florida until early Monday as a Category 2 storm.

The region will feel the effects of the storm as early as Saturday night.

“Regardless of which (Florida) coast you live on, be prepared to evacuate,” Florida Governor Rick Scott said Thursday, CNN reported.

“This is not a storm you can sit and wait through,” he said, adding: “You don’t have to drive hundreds of miles or leave the state to be safe. Go to shelters.”

“We are running out of time. If you are in an evacuation zone, you need to go now. This is a catastrophic storm like our state has never seen,” Scott told Reuters, adding that both Florida coasts will be impacted.

Irma was about 225 miles east of Caibarien, Cuba, and 380 miles southeast of Miami, the National Hurricane Center (NHC) said in an advisory at 2 p.m. EDT (1800 GMT) on Friday. Hurricane conditions were spreading westward over parts of Cuba and the central Bahamas as the storm skirted near Cuba’s northern coast.