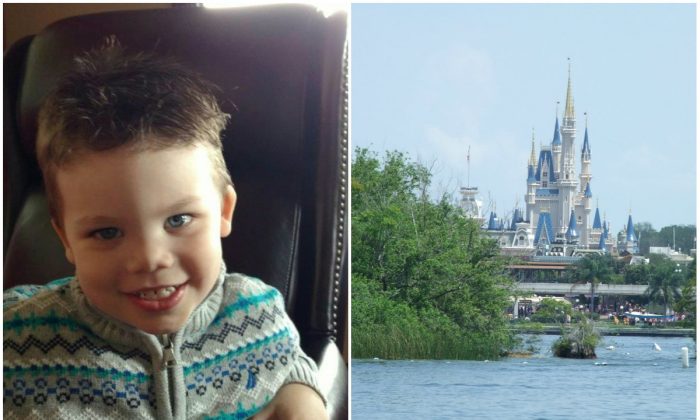 Top Disney executives responded to the tragic death of a 2-year-old boy killed by an alligator at a Disney World resort in Orlando this week.

The boy was dragged into the water by the alligator on Tuesday night, prompting a widespread search. The Orange County Sheriff’s Department said on Wednesday that Lane Graves’s body had been recovered, and his parents notified.

Robert Iger, chairman and CEO of The Walt Disney Company, expressed his sympathies in a statement Wednesday night.

“As a parent and a grandparent, my heart goes out to the Graves family during this time of devastating loss. My thoughts and prayers are with them, and I know everyone at Disney joins me in offering our deepest sympathies,” said Iger.

“There are no words to convey the profound sorrow we feel for the family and their unimaginable loss. We are devastated and heartbroken by this tragic accident and are doing what we can to help them during this difficult time. On behalf of everyone at Disney, we offer them our deepest sympathy.”

The boy was on a vacation at a Disney World resort in Bay Lake, Fla., with his parents, Matt and Melissa Graves from Elkhorn, Neb.

The child had waded no more than 1 or 2 feet into the water of the Seven Seas Lagoon around nightfall Tuesday, when the alligator attacked, officials said.

The boy’s father tried to fight off the reptile, suffering cuts to his hand, but he couldn’t save his son, police said.

“No swimming” signs were posted at the beach, but the child was wading, not swimming, Jeff Williamson, a spokesman for the Orange County Sheriff’s Department, told The Associated Press. Disney is now looking at its signage policies, according to officials.

Could the Parents of Boy Killed by Alligator Sue Disney?

Jennifer Venditti posted a picture on Facebook of her son, Channing, standing at the place where Lane Graves was attacked, less than an hour earlier.

She said she did not expect alligators to be at such a place.

“It’s a tiny beach, surrounded by pools, water slides, a restaurant, and a fire pit. I can’t conceive that an alligator would be in such a busy, small space.”

There was also lifeguard nearby that the parents alerted when the child was attacked, said Orange County Sheriff Jerry Demings.

“Disney has operated here for 45 years and this has never happened here before,” added Demings. “Disney has a wildlife management system that is in place. It’s designed to remove any potential threats.”

Florida Fish and Wildlife Conservation Commission (FWC) spokesman Nick Wiley said several alligators were pulled from the lagoon and killed during the hunt for the boy.

“As a father myself, it’s hard to imagine what the family of Lane Graves is going through,” Yablonski said. “On behalf of the entire Florida Fish and Wildlife Conservation Commission, we grieve together with Lane’s family, and we offer our continued support now and forever. They are now a part of our extended FWC family, and we will continue to stand with them.”