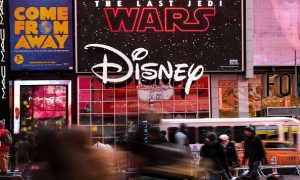 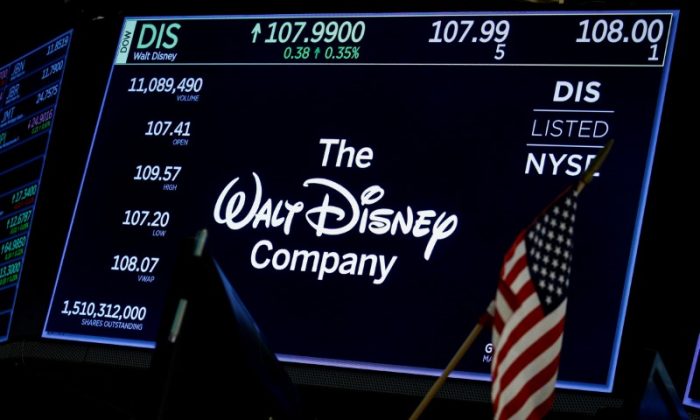 A screen shows the logo and a ticker symbol for The Walt Disney Company on the floor of the New York Stock Exchange in New York on Dec. 14, 2017. (Brendan McDermid/Reuters)
UK

Disney has denied a father who is grieving for his 4-year-old son permission to place a Spider-Man picture on the toddler’s grave, because the company wants to preserve the “innocence” and “magic” of its characters, according to reports.

When the little boy, Ollie Jones, from Maidstone, Kent, in England, passed away in 2018 from a rare genetic disorder, his family gave him a Spider-Man themed funeral in memory of his love for Marvel, complete with red and blue balloons, reported SWNS via the Metro.

Ollie sadly passed away last December after a two-year-long battle with leukodystrophy. His 6-year-old sister Laillah also suffers with the same rare genetic disorder, which damages the brain, spinal cord and the peripheral nerves.

Disney wants to preserve the ‘magic’ of its characters. https://t.co/sIM9Hx2RLO

The young boy managed to meet his favorite Marvel superhero on a trip to Disneyland, according to SWNS.

His father, Lloyd Jones, wanted to put an image of the Marvel superhero on his son’s grave as a reminder of him, so he asked his local council for permission to do so.

However, Jones was told by council officials to get in touch with the owners of the Marvel franchise themselves—the Walt Disney Company.

Jones, a father-of-six, was left surprised and disappointed after receiving an email from Disney rejecting his request.

“I really wasn’t expecting this—it’s another massive blow. I felt sure they would allow it,” he told SWNS.

Saying that the company wanted to preserve the “innocence” and “magic” around its characters, the company instead sent the heartbroken family a personalized celluloid frame.

The family were offered a hand-written message to Ollie, which accompanied an action frame with a still from a Spider Man film.

Is Spider-Man’s suit red with blue, or blue with red? @AgentM sits down with the cast of #SpiderManFarFromHome, including @TomHolland1996, @Zendaya, Jake Gyllenhaal, @SamuelLJackson, and Jacob Batalon: https://t.co/y2QOkLn7PJ #EarthsMightiestShow pic.twitter.com/xtmXAc47Ae

Ollie’s dad said he felt the decision was “about money” and is an attempt by Disney to disassociate their characters with death,” reported the media outlet.

“That makes no sense to me—characters die in their films all the time. I think this is all about money,” he added.

”Ollie’s last holiday was at Disneyland. He loved Spider-Man and we had bought him all the toys.”

Lloyd expressed his disappointment with the movie giant in a Facebook post, and said, “‘Kids only matter to Disney when they’re alive and spending money with them.”

The little boy’s uncle, Jason, said the family won’t be able to move forward until the etching of Spider-Man is on Ollie’s gravestone, reported SWNS.

“This meant everything to us. My brother’s life has been shattered, it has shattered the whole family.

“We can’t move on until we have his headstone done—Spider-Man was Ollie’s entire life. He loved it so much,” he told the news outlet.

#Disney #marvel …please reconsider. Ollie supported you …can you find it in your hearts to support him #getolliehisheadstone 💙💙💙💙 pic.twitter.com/P4VcgoDPrE

Since Disney’s rejection, a family friend started an online petition in a bid to get the company to reconsider, which has received over 2,300 signatures at the time of publishing.

A spokesperson for the Walt Disney Company’s permissions department sent a statement to SWNS: “We extend our sincere condolences. If we played a small part in Ollie’s happiness we are honored.

“Generations of fans have responded to our characters with the same wonder and delight that Ollie did. In fact, many believe the characters to be real.”

“We have striven to preserve the same innocence and magic around our characters that brought Ollie such joy,” the statement continued.

“For that reason, we follow a policy that began with Walt Disney himself that does not permit the use of characters on headstones, cemetery or other memorial markers or funeral urns.”