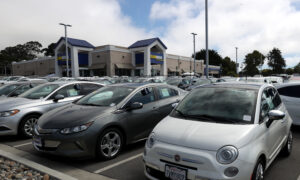 An Economist’s Guide to the Sept. 29 Presidential Debate
0 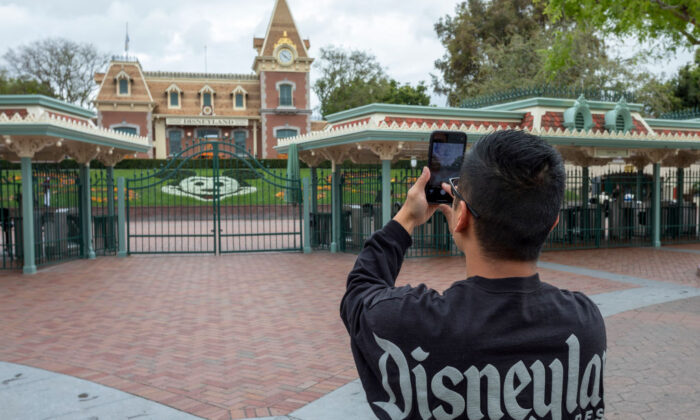 A man takes a photo outside the gates of Disneyland Park on the first day of the closure of Disneyland and Disney California Adventure theme parks due to the spread of COVID-19 in Anaheim, Calif., on March 14, 2020. (David McNew/AFP via Getty Images)
Southern California

Walt Disney Co. has announced it will lay off off 28,000 domestic employees in its Parks, Experiences and Products segment as a result of the continuing effects of COVID-19, after its most recent earnings report showed the pandemic had cost its theme-park business roughly $1 billion in operating income in its fiscal second quarter.

At the time of the announcement on Sept. 29, there was no information about the job cuts on the company’s investor relations page nor anything published by the Securities and Exchange Commission, which would have released any information from the company that might have been intended for Disney’s investors.

However, Twitter user Scott Gustin shared what appeared to be a presentation slide with text that appears to be intended for Disney employees:

“In light of the prolonged impact of COVID-19 on our business, including limited capacity due to physical distancing requirements and the continued uncertainty regarding the duration of the pandemic – exacerbated in California by the State’s unwillingness to lift restrictions that would allow Disneyland to reopen – we have made the very difficult decision to begin the process of reducing our workforce at our Parks, Experiences and Products segment at all levels, having kept non-working Cast Members on furlough since April, while paying healthcare benefits. Approximately 28,000 domestic employees will be affected, of which about 67% are part-time. We are talking with impacted employees as well as to the unions on next steps for union-represented Cast Members.

“Over the past several months, we’ve been forced to make a number of necessary adjustments to our business, and as difficult as this decision is today, we believe that the steps we are taking will enable us to emerge a more effective and efficient operation when we return to normal. Our Cast Members have always been key to our success, playing a valued and important role in delivering a world-class experience, and we look forward to providing opportunities where we can for them to return.”

Based on what we can glean so far, what this really means is that 28,000 people will be losing their health care coverage. Though the wording isn’t clear, it seems the affected employees were already not working, which D’Amoro’s statement attributed to the “state’s unwillingness to lift restrictions that would allow Disneyland to reopen” and haven’t been earning any cash income since April. So, the marginal cost to the local economy is likely to be minimal.

Of course, for the individuals involved, anxiety will go up because of the pressure of reacquiring health care coverage, along with the stress of job-seeking.

Across the entire subsidiary, some 9,300 full-time employees and 18,600 part-time employees are losing their health benefits and now have received official word they need to look for other work.

It isn’t clear where the 28,000 employees work or in what divisions they have been employed. Many may be in the cruise lines division or in Hawaii, the Caribbean, or Florida. But certainly, many are here in California.

The continued closure of Disney-owned theme parks is clearly very bad for the local economy. According to an economic analysis conducted for Disney by economists at CSU Fullerton: As of 2018, over 78,000 jobs are directly or indirectly linked to the Disney theme parks in California, with more that 73 percent, or over 56,000, of those jobs are in Orange County.

Simultaneously, the Disney theme parks in Orange County, according to that same CSU Fullerton study, provide tax revenue of more than $160 million to the City of Anaheim and another $349 million or more to the State of California (both as of 2018).