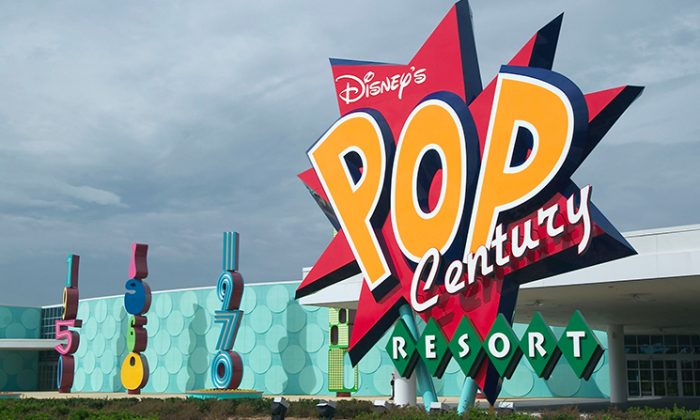 Disney’s Pop Century Resort is a theme hotel, based on pop icons from the 1950s to the 1990s. (Matt Stroshane/Getty Images)
US News

A Walt Disney World employee died on July 9 in what is being described as an industrial accident.

Pop Century is a 2,880-room resort complex in Lake Buena Vista, covering 235 acres. It is adjacent to Disney’s Art of Animation Resort, surrounded by dozens of other Disney hotels, about a mile from Epcot Center and three miles from Disney World’s Magic Kingdom.

Walt Disney World is building a suspended gondola transportation system, which will have a station serving the Pop Century and Art of Animation resorts. The gondola system will eventually link many of Disney World’s parks and resorts.

Ojeda could have been working on that construction project.

The investigation into Ojeda’s death is still ongoing.

“All of us at Walt Disney World Resort are deeply saddened today by the loss of one of our Cast Members. Our thoughts and concerns are with his family, friends, and fellow co-workers.”

Kalogridis said Disney would be providing assistance to those impacted by Ojeda’s death, and that the company was working with authorities to further investigate the accident.

Practitioners of a Chinese Spiritual Discipline Do Something Wonderful in Ukraine