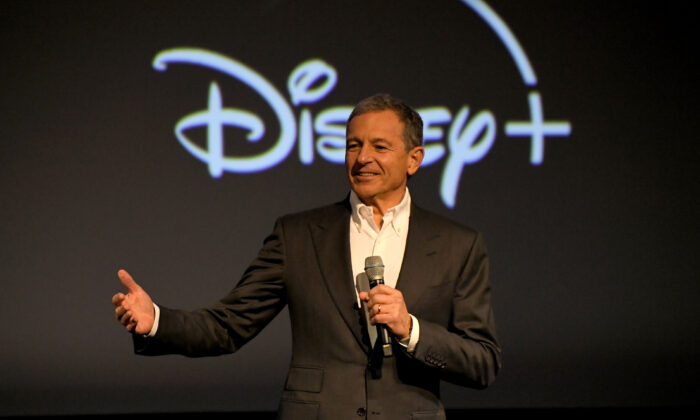 Bob Iger, who recently returned to Walt Disney Co. as chief executive, said he feels “sorry” to see the entertainment giant getting dragged into a battle with Florida lawmakers over a ban on sex and gender discussions in early elementary classrooms.

The Florida law, in response to parents’ complaints that children as young as five are being taught about homosexuality, transgenderism, and other matters related to sex and gender, prohibits public school teachers from discussing those topics with students in kindergarten through third grade.

Disney didn’t immediately join other major corporations in condemning what progressive critics described as “‘Don’t Say Gay’ bill,” which became law in March. However, after a group of vocal activist employees criticized the company for not publicly taking a position, both Iger and his successor, Bob Chapek, spoke out in opposition of the measure.

“To me, it wasn’t politics. It was what is right and what is wrong, and that just seemed wrong. It seemed potentially harmful to kids,” Iger said during an interview with CNN on Mar. 31, adding he believed it’s a responsibility for a company’s CEO to “weigh in on issues, even if voicing an opinion on those issues potentially puts some of your business in danger.”

Eight months later, Iger appears to have regretted the company’s involvement in the fight with Florida.

The Balance Between Talking and Listening

In a series of video clips obtained and shared by independent journalist Christopher Rufo, Iger spoke at a town hall meeting and took questions from employees. When asked about his stance on the Florida law, Iger replied that while the company still pushes the pro-LGBT “inclusion” message, it must strike a “delicate balance” between talking and listening to the audience.

“When you tell stories, there’s a delicate balance,” he said. “You’re talking to an audience, but it’s also important to listen to an audience. It’s important to have respect for the people you are serving, that you are trying to reach and not have disdain from.”

Another question concerned Florida government’s move to strip Disney of its self-governance status, a privilege the company has enjoyed since the time of Walt Disney. Losing such privilege means that Disney may no longer control its own zoning, infrastructure, and policing within its special tax district in Orlando.

“I have to get up to speed on that completely. Obviously, I followed the news. That development occurred after I left the company. I was sorry to see us dragged into that battle,” Iger replied.

Iger served as Disney’s CEO for 15 years, from 2005 to 2020, before he stepped down and was succeeded by Bob Chapek, who oversaw the company during the COVID-19 pandemic that triggered worldwide shutdowns of theme parks, resorts, movie theaters, and live sports events. Chapek’s 11-month tenure is also marked by a deteriorated relationship with Florida government, although the state allowed Walt Disney World to reopen as early as July 2020, while California’s Disneyland stayed closed because of lockdown policies.

“We thank Bob Chapek for his service to Disney over his long career, including navigating the company through the unprecedented challenges of the pandemic,” Disney said in a Nov. 20 message announcing the leadership change. “The board has concluded that as Disney embarks on an increasingly complex period of industry transformation, Bob Iger is uniquely situated to lead the company through this pivotal period.”

Iger will remain in the CEO post for the next two years.