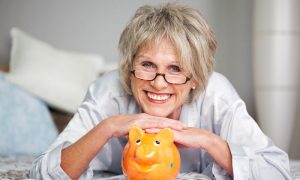 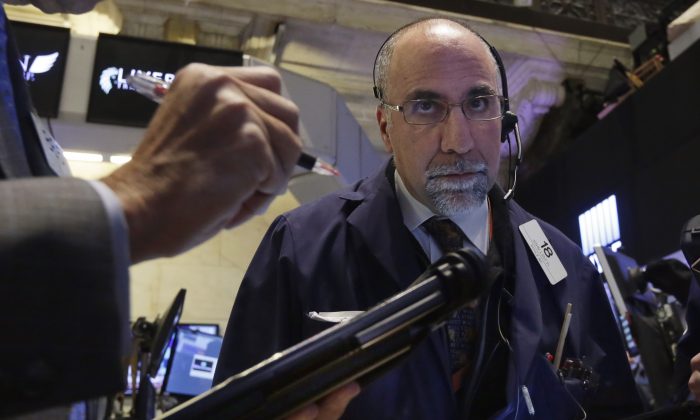 Dismal Report on US Retail Spending Hits the Stock Market

NEW YORK—Dismal news on U.S. retail sales and more signs of slowing global growth sent global stock and commodity markets sharply lower Wednesday. The Dow Jones industrial average at one point shed more than 300 points in the afternoon, a second day of rocky trading for the blue chip index. Copper plunged to a five-year low and investors sought safety in government bonds, pushing yields in Germany, Britain and the U.S. lower. The yield on the 10-year Treasury note fell to its lowest level since May 2013.

THE QUOTE: “There was a perception that the economy was improving, but that has gotten called into question,” said Peter Tuz, a portfolio manager at Chase Investment Counsel, which manages $400 million in assets. “The savings from lower gas prices hasn’t translated into higher consumer spending yet.”

ROCKY YEAR: Stocks are swinging more this year as investors become more anxious. The Dow was down as much as 348 points in the early afternoon before gaining back nearly a third of those losses. The difference between the high and low on Tuesday was more than 400 points.

“We haven’t seen volatility like this for years,” said John Canally, investment strategist for LPL Financial. “People are more worried.”

The S&P 500 is heading for its third straight week of losses.

BANKING BLUES: JPMorgan Chase fell $3.08, or 5.2 percent, to $55.77 after reporting a 7 percent drop in fourth-quarter earnings. The bank was hit by more legal costs and a decline in trading revenue.

THE HOUSE LOSES: Caesars Entertainment fell 18 cents, or 1.4 percent, to $12.45 on expectations that a unit of the giant casino company will file for bankruptcy this week. Caesars has lost money each year for the last five years, and is fighting with lenders over plans to cut its debt.

GAMING SURGE: GameStop jumped 11 percent, the biggest gain in the S&P 500, after its CEO reported strong sales in gaming software sales during the holiday shopping season. The stock rose $3.60 to $36.37.

GRIM FORECAST: A report from the World Bank late Tuesday after markets closed struck a downbeat note. The bank lowered its forecast for global growth this year to 3 percent from 3.4 percent. It blamed sluggish economies in Europe and Japan, and a slowdown in China.

COPPER CAPITULATES: The price of copper, a metal used in construction and manufacturing, plunged for a second day following the World Bank’s downgrade. It fell 14 cents, or 5.2 percent, to close at $2.51. Mining stocks fell sharply as a result. Freeport-McMoRan plunged $2.76, or 13 percent, to $18.28.

Overall, companies in the S&P 500 are expected to report a 4.5 percent increase in earnings per share compared with a year ago, according to S&P Capital IQ.

EUROPEAN COURT RULING: The euro dropped to a nine-year low of $1.1725, below its launch rate of $1.1747. It recovered to trade slightly up on the day at $1.1787. The trigger for the decline was a ruling from an advocate general with the European Court of Justice that the European Central Bank’s offer in 2012 to buy government bonds of troubled countries is legal in principle.

Analysts said that ruling has cleared the way for the ECB to announce a program to buy government bonds at its Jan. 22 policy meeting.

COMMODITIES: U.S. crude rose $2.59, or 5.6 percent, to $48.48 a barrel on the New York Mercantile Exchange. Stocks markets have been rattled in recent weeks as its price has plunged. Crude is more than 50 percent lower than where it was last June. Brent crude, a benchmark for international oils used by many U.S. refineries, rose $2.10, or 4.5 percent, to close at $48.69 in London.

BONDS: The yield on the 10-year Treasury note dropped to 1.85 percent from 1.90 percent late Tuesday, a large move.