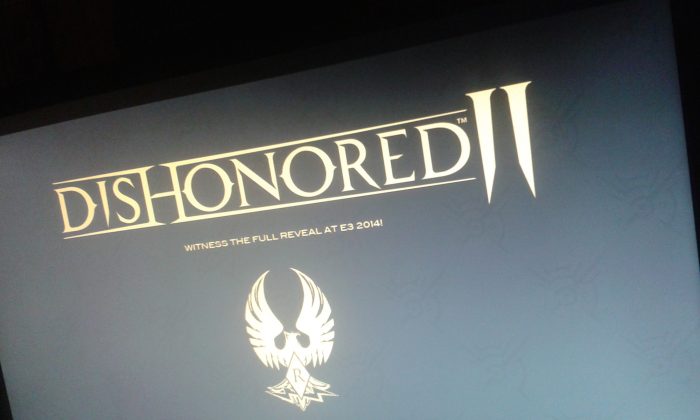 An alleged teaser photo from “Dishonored II”--which has the game’s logo--was leaked, claiming there would be information about the game during E3 in a few months, but it could just be like the "Fallout 4" hoax a few months ago.
Gaming

A new report is claiming to have the setting, protagonist, and development for “Dishonored 2,” and it also claims the game will be released in November 2015.

NowGamer.com reported, citing a source with knowledge of Arkane Studios’ development, that the game is being developed at the Lyon-based studio along with Harvey Smith, who was the co-creative director on the first “Dishonored” game.

According to the report, the game may have a new protagonist. The source claimed that Arkane is looking to replace the main character in the first game, Corvo, with another named Emily Kaldwin.

Kaldwin was a child in the first game, meaning that the sequel will be set years after the original.

At the same time, there’s likely going to be new locations in the second game.

However, NowGamer notes that the information it received had to do with discussions that were held about a year ago.

The developers are said to be planning to reveal the game in August.

More, recent rumors are claiming the game will be revealed at Gamescom in Europe in August.

PlayStation Lifestyle said, “We woke up this morning to rumors that we really hope hold some truth. According to an anonymous tipster, Dishonored II: Darkness of Tyvia will be unveiled at Gamescom in August, and he supplied VG247 with the PlayStation 4 pre-order boxart,” which can be viewed here.

The recent rumors should be taken as just rumors. Previous ones about the game being revealed at E3 were bogus, while an alleged leak earlier this year about box art was likely fake.

Bethesda has noted that it would like to turn “Dishonored” into a franchise. It, however, has not made any announcement about a sequel to the game.