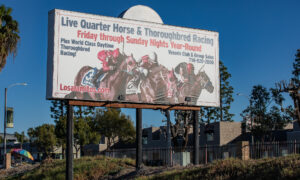 At least one person was shot and killed and another was injured, police said, according to Fox News, citing the city’s mayor. Police are negotiating with the gunman.

Charleston police got a call about regarding “active shooter situation” just after 12 p.m. at Virginia’s on King Street, Fox reported.

Restaurant patrons Tom and Patsy Plant said a man, presumably the suspect, entered the restaurant with a gun before saying, “There’s a new boss in town,” The Post and Courier reported.

They escaped through a back door.

The man appeared like “an ordinary grandpa, but he had a crazy look,” they told Post and Courier of Charleston.

“I am the new king of Charleston,” the man also said, according to another diner, who said the man was dressed as a kitchen staff member.

Some 30 people were in the building when he entered.

Officials told The Associated Press said the gunman is a disgruntled employee.

Mayor John Tecklenburg said the shooting in Charleston was not an act of terrorism or racism. He’s not sure how many hostages are inside.

Charleston Police deployed SWAT teams and a bomb squad unit to the area, while warning people nearby to stay inside buildings or leave the area.

The site is a couple of blocks away from the Emanuel AME church, where nine black members of a church were killed by a white man in a June 2015. The suspect, Dylann Roof, was sentenced to death in the shooting.

“I heard that a dishwasher got fired and came back in and shot the chef,” said a local man, John Aquino. “There were some people in there and there were a couple of hostages.”

Others told the Post and Courier that the suspect is an “older black man wearing an apron.”