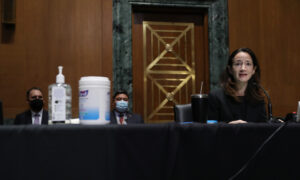 The hegemonic ambitions of the regime in Beijing will spark the disengagement with China started by former President Donald Trump to expand globally, according to former Secretary of State Mike Pompeo.

“There will be no doubt that there will be disengagement—decoupling, some have called it—that will almost certainly have to take place,” he said on Feb. 27 during an interview with The Epoch Times “American Thought Leaders” program at the Conservative Political Action Conference (CPAC) in Orlando, Florida.

Pompeo said that the longstanding strategic engagement approach toward the Chinese regime, which was established during the Nixon administration by Secretary of State Henry Kissinger, has failed.

He predicted that countries including the United States will move forward to abandon this engagement approach.

“They’re going to do some of them differently,” he said. “For 40-plus years, Democrat or Republican, there was this idea of engaging with China and things will get better. We saw that the Chinese Communist Party [CCP] took advantage of that and trashed American jobs and destroyed so much of what we care about so deeply here in the United States.”

During his speech earlier in the day, the top diplomat during the Trump administration noted the success of President Donald Trump’s “America First” foreign policy achievements, including a “maximum pressure” approach to Iran, moving the U.S. Embassy in Israel to Jerusalem, deescalation of tensions with North Korea, and the historic Abraham Accords, which offer a new path to peace in the Middle East.

The Trump administration succeeded in a wide range of foreign policy areas that others thought were impossible, Pompeo said.

“We were told you can’t move the United States Embassy in Israel to Jerusalem; ‘There’d be a war.’ Well, we did, and there was not a war,” he told the audience.

During his four years in the White House, Trump’s approach toward the CCP was a wake-up call for Western countries. Though it’s unclear if the Biden administration and other Western countries will fully follow Trump’s blueprint, many countries are expected to adopt it partly.

President Joe Biden said China is America’s “most serious competitor” but also stated that his administration is willing to work with China’s ruling CCP.

“But we’re ready to work with Beijing when it’s in America’s interest to do so,” he added, suggesting a policy of greater engagement.

Samuel Allegri and Tom Ozimek contributed to the report.