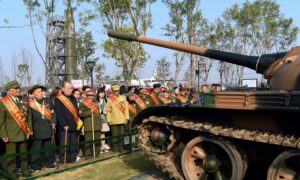 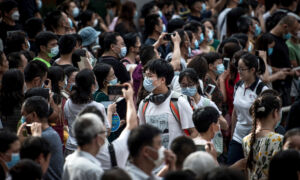 Chinese Students Struggle to Get Seats for English-Language Exam, Suggesting Rise in Interest in Studying Abroad
0 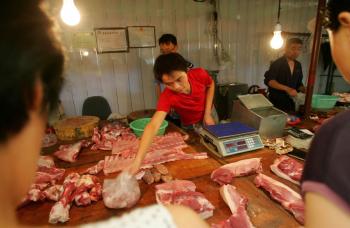 A vendor sells pork at a meat market in Xian of Shaanxi Province, China. A large-scale outbreak of hog cholera in Zhejiang Province over the past two months has been ignored by officials, say locals. (China Photos/Getty Images)
China

By Gu Qing'er
Print
A large-scale outbreak of hog cholera in eastern China’s Zhejiang Province over the past two months has been ignored by officials, say locals.

Hog cholera, also known as swine fever (not to be confused with H1N1 swine fever), is a highly contagious disease that affects pigs. The symptoms include fever, skin lesions, and convulsions, which may not be apparent for two to four weeks after the pigs become infected.

According to the World Organization for Animal Health, the virus can survive some forms of meat processing, such as smoking or curing.

“Every household raises one or two pigs, and most of them raise three pigs,” said Mr. Lei, a farmer from upper Minglian village in Kaihua County. “One of my pigs died, and in some households, the whole stock is gone.”

The most severe outbreak has been in Yinkeng Township where 19 of the 37 villages have been affected, he said.

“Some farmers even dumped dead pigs into the rivers. The odor fills the whole area, and without major rainfall, the dead pigs have been piling up in the river. No one dares to buy piglets now, since there is no sanitation, and the disease continues to spread.”

The outbreak appears to have also encouraged illegal meat vending. Sick pigs have been purchased by meat vendors at a low price and then sold to unsuspecting people in neighboring provinces and cities. The sale price is based on the severity of the illness, and ranges between 50 and 500 yuan (approximately US$7.30 to US$73) each.

“They purchased the dying pigs, slaughtered them, and then sold the meat in the market,” Mr. Chen of Yangjia Village said. “It is not edible. We buried our dead pigs. Those vendors are making money in violation of their consciences!”

The Epoch Times called the Kaihua County Animal Husbandry and Veterinary Bureau, but according to the operator, no one was available due to the extended Oct. 1 National Day holiday.