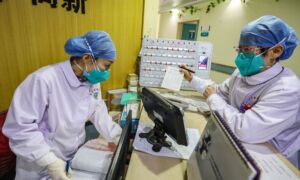 ‘Help Us!’ Wuhan Residents Plead for Assistance in the Sealed City
0 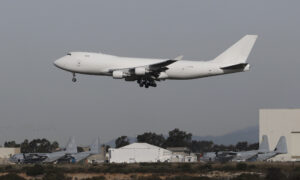 350 Passengers Evacuated From Wuhan Will Be Quarantined in California
0 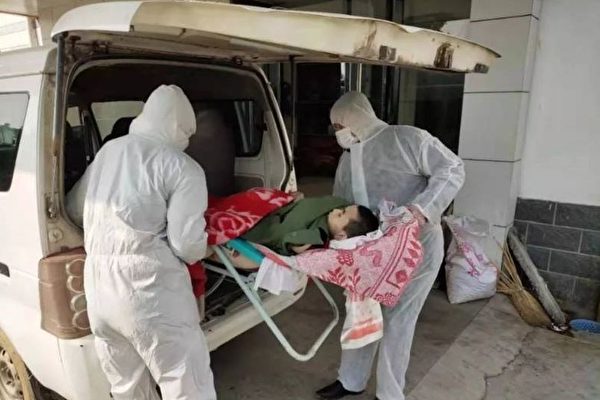 A teenager with cerebral palsy was left alone at home in Huanggang City, Hubei Province when his father was quarantined after showing symptoms of the Wuhan coronavirus. 17-year-old Yan Cheng died from inadequate care a few days later.

Cheng’s father, 49-year-old Yan Xiaowen, developed a fever on Jan. 19. Local authorities took Yan and his younger son away to a designated clinic office for quarantine, leaving Cheng on his own without adequate care and supervision, according to a report by China’s Autistic Child Service Platform “Rice and Millet” on Chinese social media.

Huanggang is 46 miles away from Wuhan, the epicenter of the novel coronavirus outbreak. Yan is a native of Huanggang who has been working and living in Wuhan with his two sons in the past few years.

Cheng was diagnosed with cerebral palsy at a young age. Being mentally and physically disabled, Cheng had difficulty speaking and walking. He was confined to a wheelchair most of the time. His younger brother, 10-year-old Yan Hongwei, suffers from moderate autism. Their mother committed suicide when Hongwei was around one year old.

Yan and his children went to Huanggang on Jan. 17 for the Chinese New Year holiday, and two days later, he developed a fever. Authorities suspected he may have contracted the novel coronavirus and on Jan. 24, they sent Yan and his younger son, Hongwei, to Apricot Blossom Village Clinic, a quarantine center. Then on Jan. 27, Yan was diagnosed with the coronavirus.

Before Yan was quarantined, he tried his best to find a caregiver for Cheng. He got in touch with “Snails’ Home,” a charity group in Wuhan dedicated to helping the mentally disabled, and begged them to take care of his son who wasn’t even able to eat or use the restroom without assistance. Snails’ Home then reported the case to the Hubei Association for the Disabled.

According to Yan, Cheng was in normal condition and had no fever when they left him.

But Snails’ Home couldn’t send out help due to the city-wide lockdown in Wuhan, which prevented people from leaving the city. But they were able to alert officials at Yan’s home village of the boy’s situation.

One official responded and told them that Cheng had a meal on the afternoon of Jan. 24, and ate a light meal on the evening of Jan. 26.

On Jan. 27, an official of the village told Yan that they found someone who was willing to take care of Cheng. However, there were no protective suits in the village, and so the caregiver was too afraid to enter the house without protection. Cheng was all alone at home.

In fact, throughout Huanggang, even county-level hospitals don’t have protective suits. According to Chinese state media Yicai Media Group, doctors there use raincoats instead of medical protective suits to guard against the virus.

Yan then sought help through social media by publishing an open letter on his blog on Jan. 28, asking for people to donate goggles, protective suits and N95 masks to help his family out.

On that day, Cheng received two cups of nutrition drinks through the help of two village doctors. But when the boy’s aunt, Yan’s older sister who lives in a nearby village, went to visit him, she found the boy in very poor condition.

She said she found him lying on a lounge chair, covered in filth.

The next day, village officials notified the family of Cheng’s death. No information was given about the circumstances of his death.

Yan’s blog article has been deleted by internet police. In addition, the WeChat report by “Rice and Millet” about Cheng was said to “have violated WeChat public account rules” and is forbidden to be shared.