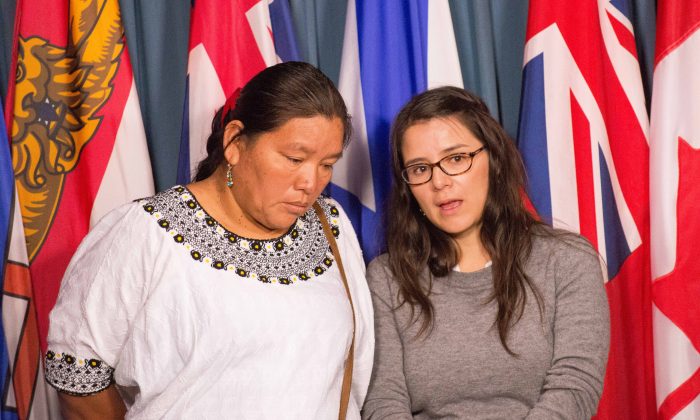 PARLIAMENT HILL—Canada’s reputation is getting dragged through the tailings of mining projects in the less-developed world, a sordid tale that has NGOs calling for action in Canada.

But two of Canada’s largest industry associations say the vast majority of Canadian companies conduct themselves well. The rare high-profile problem cases that grab headlines don’t translate into clear or necessary measures that should be applied to the rest of the industry, they say.

Many Canadians are vaguely aware of stories of mining companies or their subsidiaries being accused of gross misconduct, like hiring local thugs to rough up protesters or laying waste to the local environment.

Notable cases include the subsidiaries of Vancouver-based Mag Silver and Toronto-based HudBay Minerals, which activists say bear some responsibility for the murder of mining activists in Mexico and Guatemala respectively.

These are the kind of allegations that can tarnish an entire country, says Alex Neve, secretary general of Amnesty International Canada.

“It is very clear that this growing stain on Canada’s record right around the world is starting to have a real detriment for Canada’s reputation,” said Neve during a press conference Tuesday.

With Neve were activists from Mexico and the Philippines who said some Canadian mining companies are giving Canada a black eye due to gross misconduct.

This is something that can’t be addressed in those countries, Neve said. Nor is it enough to leave the problem to largely voluntary mechanisms that companies can subject themselves to.

“Companies regularly try to hide from accountability,” he said, noting many companies try to have cases against them tried in weaker foreign courts rather than in Canada.

HudBay, however, will go to trial in a Canadian court—a groundbreaking case, said Neve, but it does not necessarily set a wider precedent.

“We still need legislated access to courts in Canada,” he said.

That is why a coalition of NGOs called Canadian Network on Corporate Accountability, (CNCA) is calling on Canada to take two measures: create an ombudsman that complainants can turn to, and pass legislation that will make it easier for Canadian companies to be tried in Canadian courts for their actions in other countries.

Canada is the world leader in the extraction industry, a global juggernaught with a stock exchange and banks known for financing massive projects that can cost from $250 million to $1 billion. Somewhere around 60 percent of all the mines in the world are operated by Canadian companies.

That overwhelming dominance comes with special responsibilities, argues the CNCA. Canada has collected royalties from companies operating in Canada, but also benefits from their operations in other countries with taxes paid by companies headquartered here.

But industry associations say there are already mechanisms in place. Equator banks and the International Finance Corporation, as well as the OECD and World Bank, all have mechanisms that can be used to hold companies accountable.

Most companies are well-behaved to begin with, said Pierre Gratton, president and CEO of the Mining Association of Canada.

“It’s like with most things in the media, you never hear about the projects that are going well. There are investments by Canadian mining companies all over the world,” he said.

It is often challenging for companies to figure out how to handle some of the situations they find themselves in, he said, like when communities or governments ask them for inappropriate support, such as funds for local police.

But Gratton also didn’t want to diminish some of the problems that do come up, even if they are not a fair characterization of the industry in general.

Both Gratton and Ross Gallinger, the executive director of the Prospectors & Developers Association of Canada, said the measures proposed by the CNCA are not obviously necessary.

A more immediate problem for companies, both men said, was that despite laws in other countries that are similar to those in Canada, enforcement is weak.

Gallinger said it would be better for Canada to help those governments develop their own systems for dealing with companies that violate laws rather than taking new measures.

No one can say how many or what percentage of companies misbehave, but it is enough to make protests at Canadian embassies and consulates not uncommon in some countries.

In Romania, widespread public anger over a proposed gold-mining project led by a Canadian company has birthed a massive protest movement that has lasted nearly two months. Some call it the Romanian Autumn.

Canada has been aware of the problem for years, possibly decades. Liberal MP John McKay has tried and failed repeatedly to get legislation passed that would punish mining companies that misbehave by cutting them off from sources of government financing in Canada and all but the most basic consular services in the countries where they operate.

He says it is an effort with little political pay-off.

“This is not worth one vote to me—zero.”

Constituents are not particularly mindful of the problem, something McKay and others like him hope will change.