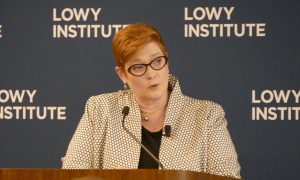 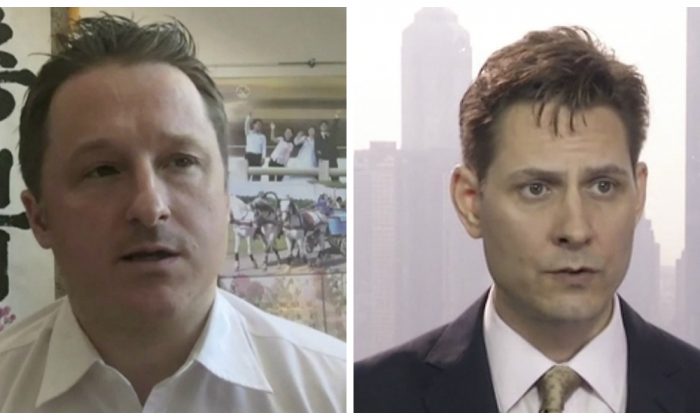 Nearly 150 former diplomats and scholars from around the world have demanded the release of two Canadian citizens being detained in China.

“We, the undersigned scholars, former diplomats, and others with an interest in understanding China and building bridges are deeply concerned about the recent detentions,” the signatories said in the letter. “We request that you immediately release Mr. Kovrig and Mr. Spavor, so that they may be reunited with their families.”

Chinese authorities detained Kovrig and Spavor just days after Canadian authorities arrested Huawei Chief Financial Officer Meng Wanzhou at the request of the United States at Vancouver International Airport, on Dec. 1. Meng has been released on bail and will be starting court hearings for extradition to the United States.

China defends its Dec. 10 detention of the two Canadians, claiming they pose a risk to national security. However, a few days before taking them in custody, China warned Canada of “grave consequences” if Meng is not released immediately.

The signatories warn China’s detention of Kovrig and Spavor will only make China and the rest of the world “worse off,” and show the world “constructive work is unwelcome and even risky in China.” Kovrig previously met with Chinese officials, researchers, and scholars many times to discuss international issues.

“We who share Mr. Kovrig’s and Mr. Spavor’s enthusiasm for building genuine, productive, and lasting relationships must now be more cautious about traveling and working in China and engaging our Chinese counterparts,” the letter continued. “That will lead to less dialogue and greater distrust, and undermine efforts to manage disagreements and identify common ground.”

Many of the signatories say they personally knew Kovrig when he worked as a diplomat in Beijing and later as a senior Northeast Asia expert at the Belgium-headquartered nonprofit, International Crisis Group.

The Australian government joined Canada, Japan, France, Germany, the United States, United Kingdom, and European Union in expressing concern about the detentions on Dec. 30 but only after a group of 30 scholars, foreign policy experts, and former diplomats petitioned for Foreign Minister Marise Payne to do so earlier that same day.

“We would be very concerned if these cases were related to legal proceedings currently underway in Canada involving a Chinese citizen, Ms. Meng Wanzhou,” Payne’s statement said according to media reports.  “The Australian government has conveyed this position to Chinese counterparts and we have been in regular contact with Canadian officials.”

Australia has since been criticized for failing to demand the immediate release of the Canadian detainees, which the original petition requested. Charles Sturt University Ethics professor Clive Hamilton believes the Australian government fears publicly making strong statements about human rights in China would bring diplomatic backlash from Beijing authorities.

“The Department of Foreign Affairs view is still that we must not upset Beijing without a compelling reason, and the bar is set very high,” Hamilton told The Epoch Times. “Demanding immediate release would be seen as attacking China’s legal system as such, which Australia is reluctant to do.”

“New Zealand is in trouble because CCP influence has been allowed to entrench itself in the system of government,” he said. “It’s not so much that politicians are too afraid to criticize China but that they do not want to, which is a more worrying state of affairs. There are a few signs that New Zealand is waking up to the danger.”

New Zealand Foreign Affairs Minister Winston Peters told RadioLIVE in November 2018 he was worried about the case of Jian Yang, a New Zealand member of Parliament who confessed to teaching English to spies in China.

“If you define those cadets or students as spies, yes, then I was teaching spies,” Yang told reporters in September 2017 after reports surfaced about his past. “I can understand that people can be concerned because they do not understand the Chinese system.”

Hamilton believes the impact of former Australian Prime Minister Malcolm Turnbull’s Foreign Influence Transparency Scheme is still unclear. Mirroring laws in the United States, the scheme broadened the definition of espionage and required people working for foreign countries to register as foreign agents or face criminal prosecution if found to be meddling in national affairs.

“It’s hard to gauge how effective the new law has been as there have been no prosecutions yet,” he said. “My guess is, though, that the Chinese Embassy has instructed its agents in Australia to be more careful and hide their activities more deeply.”

Turnbull introduced the scheme in June 2018 to fight the “rapidly escalating” threat of foreign interference and the “disturbing reports” that the CCP had interfered with the nation’s media coverage, universities, and the decisions of Australia’s elected representatives.