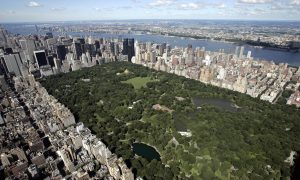 NEW YORK—South Korea has been gradually overtaking Japan as Asia’s fashion trend-setting epicenter—and foreign luxury brands have been adapting their marketing strategies to reflect that shift.

Christian Dior, the fashion and perfume label owned by the LVMH group that includes Louis Vuitton, is opening its largest Asian flagship store in Seoul on June 20. The six-story luxury concept is located in the trendy Cheongdam area of Gangnam district.

The Gangnam district gained international fame after the famous song “Gangnam Style” went viral. Cheongdam is incredibly upscale and trendy, frequented by high-net wealth shoppers and Korean celebrities. It is home to many foreign brands’ flagship stores, luxury hotels, and more than 500 plastic surgery clinics—plastic surgery is less frowned upon in Korea than it is in western countries.

Although Dior has not been as successful in Korea as its sibling company Louis Vuitton, its new store is an interesting concept that should attract both Korean luxury consumers and luxury tourists. The store will sell accessories, fine jewelry, watches, women’s wear, shoes, and menswear.

A limited collection of jewelry and Lady Dior cannage-embroidered lambskin handbags will be launched at the opening for the store. Available only in Korea, each piece will be engraved with the words “limited collection.”

A VIP lounge on the fourth floor will be dedicated to private appointments, and French pastry chef Pierre Hermé will operate the store’s high-end cafe rooftop, Dior cafe.

The cafe, which will serve a range of macarons, chocolates, ice cream, and cakes, will likely appeal to mainland Chinese tourists. Chinese leisure tourists are increasingly seeking to enjoy western-style afternoon tea and pastries in aspirational locations, according to China Luxury Advisors.

Korea has a cool factor and cleanliness to it that appeals to Chinese, and its pop culture and drama series are exported to China. Korean beauty products are also popular with Chinese, because they are seen as a healthy and risk-free alternative to potentially adulterated or counterfeit products available in China.

Cheongdam is home to a number of other foreign luxury brand’s stores, including Louis Vuitton, Cartier, Prada, and Burberry, and popular high-end Korean designers like Martin Margiela.

But Dior and other brands will also be competing with cosmetic surgeons for tourists discretionary spending budgets—the area is popular for medical tourism, and double-eye lid surgery is increasing popular with Asian women, who want to make their eyes look more European.

An estimate from a government approved medical tourism agency in Korea cited in the “Bling Dynasty” by Erwan Rambourg, said that in 2009 one in five women in Seoul had “gone under the knife.”