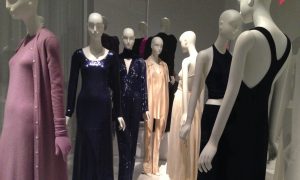 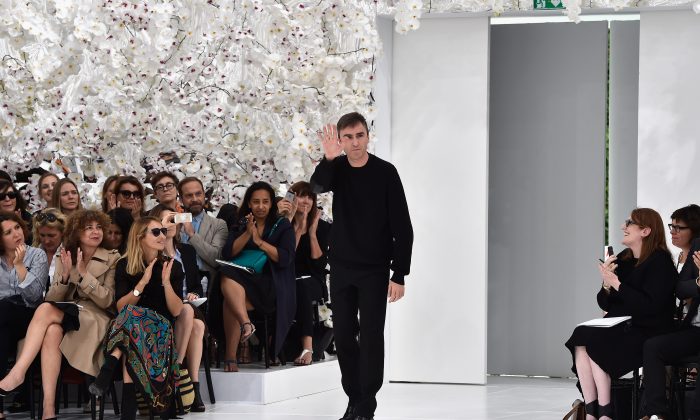 ‘Dior and I’ Contains the Seeds of Fashion’s Salvation

If the creative director at one of the world’s most recognized and widely loved fashion brands is bored with fashion itself, what hope is there for the industry?

“Too much gets smashed in people’s faces. Fashion is now pop, where it used to be a niche. It moves with such speed [that] sometimes it leads to a lack of depth. The mystique is gone. Now being a fashion designer is like becoming a lawyer.”

Then, in an about-face, he adds, “Fashion is overtly about commerce. That’s okay.”

The Death of Fashion?

There’s a bit of resignation, some powerlessness in those words. As much as Simons loves the art and architecture of dressmaking, the industry is not a friendly place. Between the obligatory showmanship, insane delivery schedules, the demands from press and publicity, the cattiness from critics … it’s hardly surprising that the creative heart might flicker out among these howling winds.

Simons is not the only one who feels that things in the world of fashion are seriously amiss.

Authors like Teri Agins, Elizabeth Cline, and Dana Thomas have long written about the unsustainable human, economic, and environmental hurt that have been inflicted in the name of fashion.

Leading trend forecaster Lidewij Edelkoort wields the heaviest hammer of all, taking the entire machinery of fashion to task in her the soon-to-be released manifesto “Anti_Fashion.” She’s been declaring the death of fashion as we know it, and “Anti_Fashion” will be a detailed indictment, point by point, from fashion education, to manufacturing, to marketing.

“Dior and I” is framed as a dance between the newcomer and the late founder’s ghost, which is rumored to roam the white halls at night.

In April, Frédéric Tcheng’s documentary “Dior and I” opens in U.S. theaters, putting the ever-so-camera-shy Simons in the spotlight.

It is 2012 and Simons is being introduced to his new team at the house of Dior, 11 Rue François, Paris.

Simons cuts a sympathetic figure. New to haute couture, new-ish even to the French language (he’s a Belgium native), he makes a brief introduction before the group, nervous, arms crossed, as cameras snake around him. The pressure is already palpable. And then you learn that he has to create and present a new collection in eight short weeks.

Simons grapples with Christian Dior’s long shadow. How will he live up to Dior’s legacy while at the same time creating something fresh? How will he prove that his previous minimalist work won’t clash with Dior’s feminine aesthetic and romanticism? Can he shed the habits of ready-to-wear design in favor of the culture of haute couture? How can he be an effective leader in such a prestigious setting, where he’s the newest member?

“Dior and I” is framed as a dance between the newcomer and the late founder’s ghost, which is rumored to roam the white halls at night. But the film should have been called “We And Simons” because the real charm lies in the rapport that slowly builds between Simons and the women and men who form the soul and body of Dior.

Under deadline pressure, Simons vents his frustration. He snaps at his team, he buys them flowers. He is wise enough to know that sometimes the best management is to get out of the way. Over the film’s 89 minutes, as the inaugural collection is conceived, sewn, and finally triumphantly debuted, we feel the team’s collective arms close around Simons in a warm embrace.

The Hope is in the Legacy

Dior—for its mass-market presence (cosmetics, fragrance, accessories, ads in every magazine)—continues to be one of the few houses that keep their ateliers in-house. All of the premières (head of the ateliers) have been with the company for decades. They and their teams of highly skilled seamstresses drape, pin, and embellish each piece by hand, fussing late into the night over millimeters. When a client overseas needs a fitting, a première personally flies out.

The teamwork, the humor, the extraordinary customer service, and the lengths this group will go to realize a shared vision—that’s the spirit that’s badly needed in the industry now. And the “mystique” Raf yearns for? It’s still there, alive and well in each person who adds his or her touch to a finely crafted garment.

In this world of new, new, new—or as Simons put it, “too much gets smashed in people’s faces” the average consumer is sick with the glut of photography, gloss, and product placement. Peeks behind the label like “Dior and I” begin to provide the cure.

Interestingly, Edelkoort divines that couture will again rise as a force against mass fashion’s out-of-control trajectory. Maybe we and Simons will have a chance to be inspired once again.