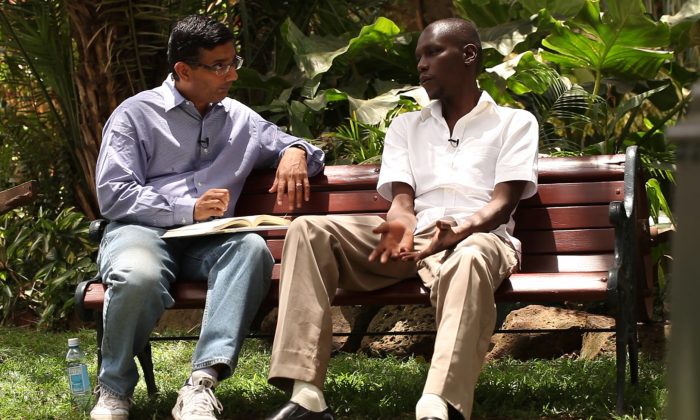 Dinesh D’Souza, the conservative filmmaker who just got in trouble for allegedly violating campaign finance laws, is close to completing his upcoming documentary “America,” and he has released the first trailer for the movie.

The documentary is the follow-up to “2016: Obama’s America,” which with $33 million became the second most popular political documentary in history.

The movie detailed research into Obama’s life and ideology, painting a picture that is different from what most hear about that life. It has been the subject of much criticism and praise.

“America” makes the claim that the radical leftism in the 1960s is basically the same as the current mainstream liberalism. The doctrine preaches that the United States is the product of “stealing and plunder” from groups such as Native Americans, according to D’Souza, who is from India, reported the Hollywood Reporter.

“I want to take this progressive, leftist critique head on,” D’Souza says in the trailer. The movie will include re-creations of some of the major events in American history.

The recent charges regarding D’Souza, which accuse him of contributing illegally to a Congressional campaign, could be an act of political retribution for his documentaries, his attorney said.

Gerald Molen, who co-produced the upcoming documentary, added: “When American citizens begin to suspect that people are being arrested for alleged minor violations because of their vocal dissent against their elected representatives or rulers, it breeds disrespect and contempt for the law and suspicion of those officials. If this unfortunate action against Dinesh is intended to deter the release of his upcoming film, America, that effort will fail.”