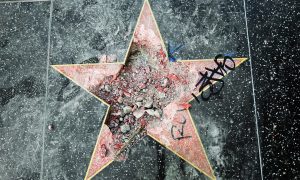 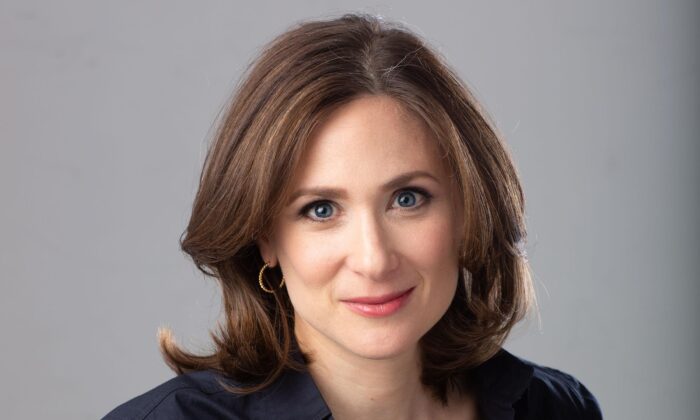 Author and journalist Abigail Shrier doesn’t deem herself a controversial person, writing freelance opinion pieces for publications such as The Wall Street Journal and Newsweek.

Earlier this year, however, she finished her first book and was immediately thrown into a whirlwind of cancel culture and censorship.

The book is titled “Irreversible Damage: The Transgender Craze Seducing Our Daughters.” Based on nearly 200 interviews, including gender dysphoria experts, more than 50 parents of girls that have started transitioning, and more than 10 adolescent girls who have transitioned, Shrier concluded that many teenage girls are doing serious, often irreversible damage to their bodies because they misdiagnose themselves as suffering from gender dysphoria.

It isn’t plausible that these girls have always been transgender and are now realizing it because it’s become more socially acceptable, she said.

“We have a 100-year diagnostic history of gender dysphoria, so we know what it is. It’s not guesswork,” she told The Epoch Times.

What seems to be happening, she said, is that teenage girls dealing with depression, anxiety, and peer exclusion now increasingly see gender transition as an “escape hatch.”

This hypothesis was first publicized in a paper by Lisa Littman, assistant professor at Brown University and reproductive health researcher.

“The findings of the research support the hypotheses … that, for some teens and young adults, their gender dysphoria might represent a maladaptive coping mechanism; and that peer and social influences might contribute to the development of gender dysphoria,” Littman said in last year’s Quillette interview. “More research will need to be done to confirm or refute these hypotheses.”

Her paper was criticized by some transgender activists, prompting the PLOS One medical journal to extensively review it, only to leave its findings virtually intact.

“I am very pleased with the final product and [with the fact] that my work has withstood this extensive peer-review process,” Littman said.

Based on Littman’s paper as well as her own research, Shrier found that when teenage girls decide they’re transgender, that alone is enough to get prescribed large doses of testosterone. The dosage is enough to provide a euphoric high and dampen their emotions, further validating the self-diagnosis, she said.

High doses of testosterone come with a risk of heart failure. Permanent effects may take several years to manifest, including permanent facial and body hair, changed voice and appearance, reproductive organ deformation, and cramps and bleeding sometimes requiring removal of the uterus.

Both Littman and Shrier found that many doctors have failed to challenge the self-diagnosis of these teens. They argued it’s because the doctors are afraid of being labeled “transphobic” or overstepping laws in some states that prohibit “conversion therapy.”

Shrier said the first sign of trouble came when the head of a publishing house called her agent with bad news.

He at first expressed “great interest” in the book and wanted to publish it, she said.

But two days later, the publisher said that “his staff threatened to walk out if he took the book,” Shrier said.

Several other publishers declined the book because it discussed “too hot an issue,” she said.

When one publisher finally agreed to pick up the book, there was “immediately a campaign to drop me,” she said.

The publisher held the line, but then another hit came—Amazon refused to accept ads for the book.

That means people searching for the topic see a sponsored listing of authors presenting the opposing view on the issue, but hers isn’t allowed.

Shrier said many journalists wanted to review her book, and she knew there were no guarantees the reviews would come out positive. But the reviews didn’t come out at all. When she inquired as to why, the journalists told her that their reviews had been “turned down at all the legacy publications,” she said.

Parents of girls who exhibited behaviors consistent with Shrier’s description rallied around her. They started a GoFundMe page to crowdfund an advertising campaign, but the fundraiser was shut down by the site.

However, it appears that pushback against the censorship has had an effect.

On Nov. 12, Target removed the book from its offerings after transgenderism activists complained about it online.

“Does it bother anyone that Woke activists and spineless corporations now determine what Americans are allowed to read?” Shrier wrote on Twitter.

The next day, Target reversed the decision.

The company said in a statement emailed to The Epoch Times: “Yesterday, we removed a book from Target.com based on feedback we received. We want to offer a broad assortment for our guests and are adding this book back to Target.com. We apologize for any confusion.”

Shrier’s book received its first major exposure when podcaster Joe Rogan interviewed her on his hugely popular show in July.

Some employees of Spotify, which hosts the podcast, reportedly threatened to walk out, and the company held numerous meetings to explain itself to them.

The episode also attracted the attention of some media, whose reporting soon turned into a game of telephone, with each article not only garbling Shrier’s message, but even misrepresenting the previous reports.

The first was Philip Ellis, a UK freelancer “covering pop culture, relationships and LGBTQ+ issues,” according to his bio on the Men’s Health website.

In his piece for the publication about the Rogan interview, Ellis wrote that “Shrier invalidated the lived experience of trans and nonbinary kids and teens.”

Shrier “made numerous dangerous, entirely unsound false equivalencies” during the interview, he wrote.

“She compared transitioning among teenagers to historic adolescent phenomena such as eating disorders, self-harm, and (bafflingly) the occult, calling this age group ‘the same population that gets involved in cutting, demonic possession, witchcraft, anorexia, bulimia,'” Ellise wrote.

He further wrote that Shrier “even described wanting to transition as a ‘contagion’ with the potential to infect other children with the same ideas, drawing yet more scientifically baseless parallels with eating disorders.”

In fact, Shrier’s argument was that some teen girls are dealing with depression, anxiety, and social pressures by developing eating disorders, engaging in self-harm, and other behaviors, and that gender transition is one of the outlets they now also increasingly use.

It’s not clear on what basis Ellis called the argument “entirely unsound,” “false,” and “baseless.” He didn’t respond to a request for comment.

Shrier’s critics have cited the steep rates of attempted suicide among transgender people, which are as high as 30 percent. While some research indicates that conversion does little to mitigate the rate, a 2018 online survey showed that self-reported suicide attempts were substantially lower among transgender youth who hadn’t been bullied or felt discriminated against (pdf).

Shrier acknowledged during the interview that some people may incorrectly take her book as a justification to claim that gender dysphoria doesn’t exist. Despite that risk, the phenomenon she explored should be discussed, she said.

Another article came from Vice’s Joseph Cox and Emanuel Maiberg.

“From the opening moments of that podcast, Shrier associates transgender youth with those with autism,” Cox and Maiberg wrote, referring to the Rogan interview.

Shrier indeed said at the beginning of the interview that autistic people are a “big part” of the phenomenon she’s addressing because they tend to “fixate.” But her point was that her work focuses not on actual transgender youth, but on those who have decided to transition for different reasons.

The article seems to acknowledge that point in the next sentence, saying that “Shrier and Rogan spend parts of the episode explaining that young people are being pressured into transitioning by YouTube and other media.”

The article then recycles from Ellis’s piece, saying, “In the book, Shrier invalidates the lived experience of trans people by comparing transitioning to adolescent phenomena like eating disorders, self-harm, or the occult, according to Men’s Health.”

In fact, the Men’s Health article refers to the Rogan interview and doesn’t discuss what’s in Shrier’s book.

Another article, from Variety’s Todd Spangler, called Shrier an “anti-trans personality … according to a report by Vice’s Motherboard.”

Shrier fired back on Twitter: “That’s a lie, [Variety,] & defamation. I’ve never said or written anything ‘anti-trans,’ and I suspect you know.”

The “anti-trans personality” reference has since been removed from the article, without a correction or update notice.

The article now says the Rogan interview “included transphobic misinformation, according to a report by Vice’s Motherboard.”

The Vice piece doesn’t use the phrase “transphobic misinformation.” It does say that Shrier “described wanting to transition as a ‘contagion’ with the potential to infect other children” and that this is “an entirely scientifically baseless idea,” attributing the claim to Men’s Health.

Shrier actually referred to “social contagion,” whereby teenagers who are engaged in certain behaviors encourage others to do the same. Shrier said this phenomenon is known to occur among those with eating disorders and that it appears to apply to the gender transition surge as well.

“Does that mean that all transgender people are suffering from a social contagion? No, of course not,” she said.

Ellis called it a “scientifically baseless” parallel but provided no scientific basis for his claim.

Spangler and his editor-in-chief, Claudia Eller, didn’t respond to requests for comment.

Despite the censorship, Shrier said she doesn’t see herself as a victim.

“I’ve been really grateful that there are alternative media that have had me on,” she said.

“But I think the larger problem is that there are parents out there who aren’t learning of the craze, who aren’t learning that this is a social contagion. … If tech companies shut down your ability to even hear about this, … your daughter is likely to come to great harm.”