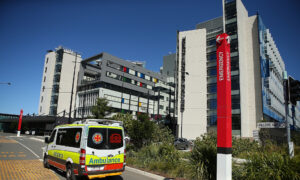 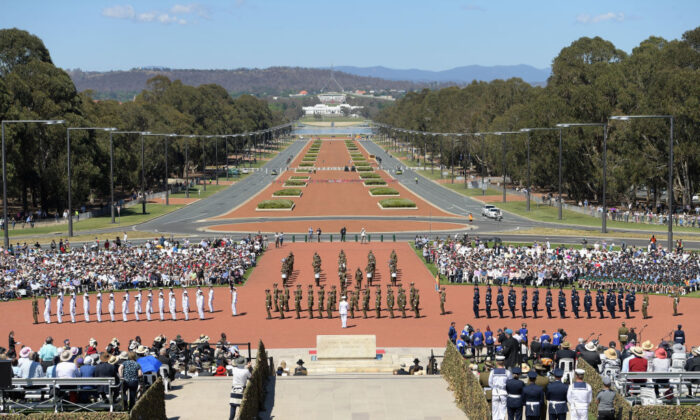 The view to Parliament House along ANZAC Parade during the Remembrance Day Service at the Australian War Memorial on November 11, 2018 in Canberra, Australia. (Tracey Nearmy/Getty Images)
Australia

In a year when a historical event brought the globe to a standstill, Australians will pause once again to remember another one: the end of World War I.

After COVID-19 spoiled Anzac Day commemorations, Remembrance Day ceremonies will also be different to mark the 102nd anniversary of guns falling silent on the Western Front.

But the message remains the same, with Australians asked to stand quietly on the 11th hour of the 11th day of the 11th month for a minute of silent reflection.

Almost 62,000 Australians died in service from 1914 to 1918 in WWI and the conflict called the war to end all wars proved anything but.

“Just over 20 years after the First World War, Australia was again at war in a global conflict, the Second World War, where more than 39,000 Australians lost their lives,” Veterans’ Affairs and Defence Personnel Minister Darren Chester said.

Originally known as Armistice Day, November 11 has expanded over the years to solemnly remember all the fallen men and women who have lost their lives in wars, conflicts and peacekeeping efforts.

In Canberra, the Australian War Memorial’s ceremony will be televised nationally and retain traditional elements such as the minute’s silence, laying off wreaths by invited dignitaries and sounding of the Last Post.

A one-off rule exemption has been granted in NSW to allow groups of up to 100 people to gather for services across the state including Sydney’s Martin Place.

No such allowance for the Victorians, with only 10 people allowed to congregate at memorials and local cenotaphs.

The traditional ceremony at Melbourne’s Shrine of Remembrance is closed to the public, but will go ahead as a virtual presentation with pre-recorded and live elements.

The Shrine and other Melbourne landmarks including the Royal Exhibition Building, Melbourne Town Hall and Bolte Bridge will be lit up in red at dusk on the 10th and 11th to mark the occasion.

The RSL has launched a campaign encouraging Australians to “Remember to Remember”, marking the minute’s silence wherever they may be at 11am on Nov 11.

“Whether you’re in your office or working from home, attending an RSL sub-branch event or live-streaming a service … please take a minute at 11am to pause, reflect and remember,” RSL Queensland State President Tony Ferris said.

Brisbane’s annual service from Anzac Square will be broadcast live on RSL Queensland’s Facebook page from 10.45am AEST.