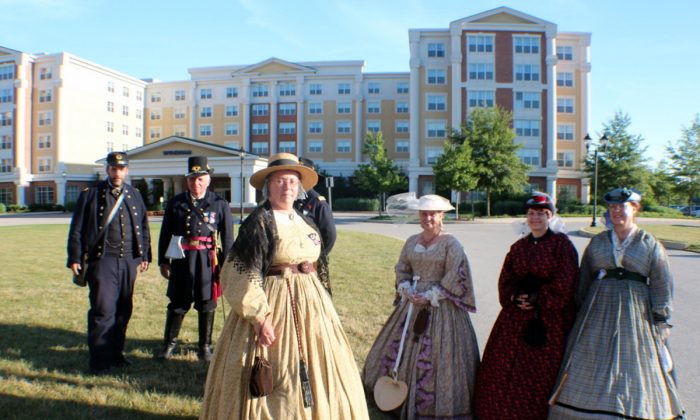 Did You Ever Trust a Chef?

Did you ever trust a chef to prepare a gourmet meal for you? Sure, Mom did it all the time. You came home and ate what she prepared. Apart from some radiant dislikes, rarely does the family participate in planning a daily dinner meal in most homes. Even the tradition of all family sitting down together at mealtime is disrupted by demands of modern society. Both parents may work and meal time is not a formal sit down affair. Dinner table gatherings are part of societal ritual. Loss of dining together has meant loss of family bonding, with it disruption in family structure. No matter the maintenance of a half-million dollar mortgage on the house and two financed black BMW sedans in the garage, family disruption comes at a high cost. Divorce and delinquency, we are told, come out of the pressure cooker of modern lifestyles.

In an age of precious decisions, it is not very likely you have trusted a chef to cook your meal without establishing parameters or rules. If we define dining out, having a fun experience would top the list. The food and drink, while important, is secondary to good company and a grand and entertaining experience. The art of conversation and camaraderie flows with each course; ambiance is everything.

We set off for Gettysburg, Pennsylvania to enjoy a long weekend of activities that included the re-enactment of the battle fought here on July 1 to 3, 1863. Men and women dress in period clothing, sport the attributes of their adopted lifestyles and for a few days camp out in tents and enjoy the company of people that love history.

Some portrayals are so good that it is hard to distinguish an early Civil War tintype from the re-enactor. All are enthusiastic and a happy atmosphere prevails. On a sloping farm field soldiers portray scenes of battle as skirmishes unfolded around this pastoral college town 151 years ago. Cavalry on horseback, artillery and foot soldiers all come together to make a mock battle that thousands of spectators enjoy.

There are people in Victorian dress that picnic on the grass. Re-enactors that built their cook fires tent side, food vendors and sutlers that sell hand-made wares. Of course not everyone is willing to make the hard ground their bed nor eat from iron pots their fare. It is after all a re-enactment of life that was harsh and often primitive in the field. Gettysburg offers many fine lodgings and great restaurants. Just outside of town is the Wyndham Gettysburg Hotel. It is a magnificent property with indoor swimming pool and luxuriously appointed public rooms.

Through the portal a Civil War cannon under a cut glass chandelier is prelude to grand hospitality. The bar off the hotel lobby is beautifully appointed. It is intimate and comfortable. Evening sees savory hors-d’oevres prepared of celery, endive, grapes, cut vegetables and humus. A drink before dinner and a relaxing moment after a day exploring Gettysburg is a great way to unwind.

The Wyndham Gettysburg’s 1863 Restaurant is one of the finest in the area. When their noted chefs Claude Rodier and Andrew Ernst go to work preparing their best, there is no equal. Chef Rodier and his staff were featured at the Gettysburg Festival’s food court. His gourmet cooking attracted visitors that came to enjoy fine art. John Mejias, the 1863 Restaurant General Manager, was on hand to serve special guests whose tastes in beauty included their food presentations.

Chef Claude Rodier warmly welcomed us to visit the 1863 Restaurant to savor specialties he and Chef Andrew Ernst would prepare for us. It was the best of times to visit. Re-enactors strolled the grounds outside, their Victorian hoop skirts blowing in a gentle breeze. A uniformed Union general looked the part even down to a stubby cheroot he was smoking. They were affable and posed for pictures. Inside the beautifully decorated restaurant offered plenty of light in a crisp ambiance that was immediately comfortable and pleasing to the eye.

The 1863 Restaurant is in a large L shape. Star and rosette patterned carpets in blue and gold offer a splendid decor offset by crystal chandelier lighting, tall windows with white curtains and crinnellan beige drapes. The drapes are kept open so diners can enjoy natural light. The walls are pleasing yellow, tables set with linen cloths, napkins and silver. Our meal was in the hands of Chef Andrew Ernst. We ordered nothing, leaving the choices to the chef.

John Mejias greeted us with an ice bucket of chilled Piper-Heidsieck Red Label Champagne from Reims. Maitre Mejias’ table setting was unexpected in its precise eye catching beauty. We immediately knew we where in for an exceptional dining experience as he expertly poured the Champagne. Four forks and a knife were on the left. The forks were on their tines, Continental setting since family crests and noble hallmarks in Europe are on the reverse of silverware, not the front in Anglo tradition. On the right were three knives, a fork and fourth knife. At the head of the setting was another spoon and knife. A Queen’s butler could not have set a finer table.

As we sipped Piper’s brut flavor, Maitre Mejias brought marrow bones with rosemary and garlic to table. Marrow bones are a rare treat in the U.S. known only to the best trained Continental chefs. Savory crostinis of hard bread, sliced thin and buttered decorated the plate. As we spooned out the savory marrow we were reminded of a little restaurant in the mountains of France. We ate simply long ago, the marrow bones a specialty the owner prepared. Chef Andrew Ernst later said, “Ah I wondered if I should serve the marrow bones. I thought you would like them. Chef Claude and I really enjoy them in the kitchen.”

True enough since the succulent taste of beef bone marrow inside large leg bones, sawed in half and cooked with savory flavoring is extraordinary. Maitre Mejias refilled our Champagne flutes and we paused.

We couldn’t help but wonder at the red wax impression on the wooden board upon which the service plate was laid. “It is the date 1863. We have a seal in the kitchen with a wooden handle. We originally wanted to brand butter. It was difficult since the butter has to be warm enough to take the seal then cooled again. So we decided to use wax to impress it on serving boards,” Chef Ernst explained when he visited our table.

As the plate was removed and the next course served we were treated to a beautifully presented plate of calamari. We didn’t have to request lemons. Iced goblets rimmed with slices of lemons and limes were elegantly left on the table. They were not only colorful and eye appealing but chilled and ready when wanted. Fresh flowers also graced the table. An elegant touch to what was fast becoming one of our finest dining experiences. The calamari were succulent, tender, moist with only the flavor of crusty breading. Served on a bed of arugula, even the crisped tentacles were savory.

As we waited for the next course we mused over the mystery that awaited us. The enigma was as much fun as the fine ambiance and service. Chef Ernst accompanied the next course to our table. French onion soup covered with a square of caramelized grilled cheese. No bistro in France ever made better. The broth was hot, hearty and flavorful. The cheese was a cap over the bowl, not melted on top of the soup. It could be separated and laid on the plate. The soup provided more evidence of the skill of chefs at Wyndham Gettysburg’s 1863 Restaurant. Many restaurants serve onion soup, few make it the way French grandmothers do in Provence.

Next came salad. We were down to three forks on the left and three knives on the right. That meant we were getting there. We used another knife and fork to savor three different varieties of tomatoes, grapes and freshly pulled mozzarella cheese. The salad refreshed the palate. When the salad plates were taken away we were full of anticipation. What would the next course be?

Maitre John Mejias filled our Champagne glasses as a server brought pan seared halibut. The plate was garnished with blended white beans, kale puree and tomato vinaigrette. The fish flaked off onto a fork. Tender and extravagant with the puree.

The sixth course was pork loin wrapped in bacon with Brussel sprouts. “I’ve been doing that with bacon and butter at home. It is really good,” 1863 Restaurant’s Maitre said. The pork was savory and tender. The rondeles of pork were sliced thin and not overwhelming, perfectly presented and prepared to add special taste to the surprising bill of fare.

When plates were cleared away and the Champagne flutes charged again, Maitre Mejias asked us if we were ready for coffee and dessert. Ahhhh yes. He left to bring back steaming cappuccinos as our server set bread pudding with banana fosters and home made vanilla ice cream before us. There was a goblet of petit fours with chocolate dipped strawberries. Stems of the petit fours were held by coffee beans. I could not resist, so crunched two coffee beans. They were roasted for consumption and the beans opened to a wonderful secret flavor.

It is no wonder gourmet diners come from New York, Washington DC and Baltimore to dine with Chef Claude Rodier and Chef Andrew Ernst at Wyndham Gettysburg’s 1863 Restaurant. New York City’s best known chefs could not do better. Certainly the ambiance and setting is extraordinary.

Want to savor a special gourmet mystery meal of amazing food in haute cuisine? Call ahead and ask Maitre John Mejias to reserve a table for you. Let the chefs prepare their artistry in the kitchen and enjoy one of the finest dining experiences anywhere.

For reservations call the Wyndham Gettysburg Hotel at 717 339 0020 and visit their website at www.wyndhamgettysburg.com.