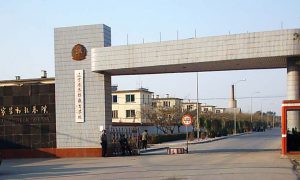 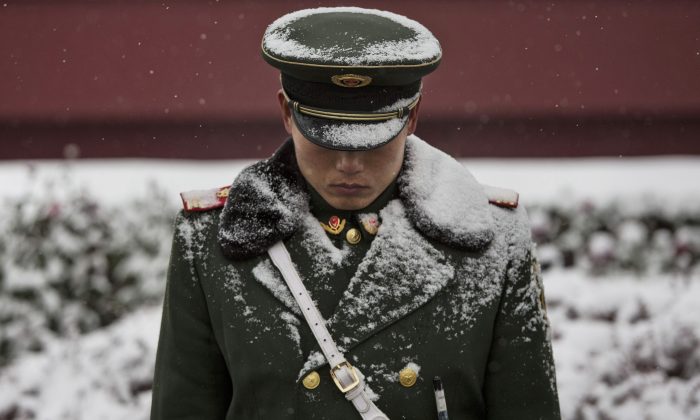 On Nov. 18, the United Nations Committee Against Torture had a hearing on China that revealed more than the Chinese delegation may have intended about the regime’s attitude toward torture.

Wu Hailong, the head of Chinese delegation, had submitted a report. The committee’s experts responded with questions, and the Chinese delegation replied. Even though Wu’s report claimed that China had achieved important progress in promoting human rights, the experts on the panel were not convinced.

Some answers by the Chinese delegation made people wonder if it really understood the meaning of torture.

Some answers by the Chinese delegation made people wonder if it really understood the meaning of torture.

For example, the delegation claimed that solitary confinement was a management tool, not a punitive measure. It also claimed that the interrogation chair was used as a protective and security measure to prevent suspects from hurting themselves.

From the replies of the Chinese delegation, one can easily get the impression that in China torture is a common practice. It is so common that the officials didn’t realize that in their denials they actually admitted the practice of widespread torture.

From the replies of the Chinese delegation, one can easily get the impression that in China torture is a common practice.

The written responses in October specified that 10,000 judges and 24,039 procuratorial staff had received anti-torture training since 2012. This training has not prevented the use of torture, however.

Torture is applied by the police, the procuratorate, and even the court. The responses said the lawyers, who could only be the victims, not the perpetrators of torture, were the only ones who violated the laws.

A typical case occurred in Jiansanjiang in far northeastern Heilongjiang Province. The written responses stated that the lawyers were detained for “activities disturbing the social order.” The responses forgot, accidentally or intentionally, to mention that the “activities” were requesting the release of Falun Gong practitioners who were illegally detained in a brainwashing center. The brainwashing center is also known as a black jail—black jails happened to be another of committee’s concerns.

The responses said that none of the lawyers was tortured, but a medical examination had found that the four detained lawyers had suffered a total of 24 broken ribs.

Another strange thing involved the delegation’s responses about the prosecution of those guilty of torture. According to the delegation, “there were plenty of cases of prosecuting torture offenders,” but none of these was among the high profile cases—such as Jiansanjiang—the committee asked about.

This is very true. The culture is the Chinese Communist Party culture established after the CCP took over China in 1949. In the CCP’s dictionary, breaking ribs is called “enforcing the law.” In the rest of the world, it’s called torture.

In the CCP’s dictionary, breaking ribs is called ‘enforcing the law.’

In most cases addressed by the committee, the delegation bluntly denied the existence of torture, although its use could easily be confirmed.

After reading the written responses, I found that the delegation didn’t even need to do any research or investigation to make the replies it did. Most of the delegation’s answers consisted of either simply cutting and pasting the text of laws and regulations or totally denying certain individual cases had occurred. The delegation did this in such a perfunctory way that it didn’t even bother to check for mistakes before submitting.

The Story Behind a Letter From Hell

For instance, the written responses denied the allegation of organ harvesting by quoting the “Regulation on Human Organ Transplantation.” The regulation was issued in a hurry in 2007, very likely as the response to the exposure of alleged organ harvesting from living Falun Gong practitioners in 2006. How does a 2007 regulation prove the nonexistence of an alleged crime exposed a year earlier?

To understand the situation in China and the strange behavior of Chinese officials, we need to look at the CCP’s history.

Torture has always been part of communist revolution and rule. In 1930, when the Red Army was still under siege in Jiangxi, Mao Zedong initiated an internal cleansing campaign to establish his absolute authority inside the Red Army.

His target was the nonexistent organization called Anti-Bolshevik. Since there was no such organization, all confessions had to be extracted by torture. The campaign lasted several months and 70,000 Red Army personnel were killed. Many of them were tortured to death. Others were slaughtered.

A decade later, similar torture methods were used in the Yan’an Rectification Movement. The movement was also initiated by Mao to eliminate the influence of other factions inside the Party and to establish Mao’s absolute power in the Party leadership. One of the victims, Wang Shiwei, a journalist and writer, was wrongfully charged and arrested at the time. He was executed by an ax, probably to save a bullet.

One purpose of [the CCP’s] political campaigns is to find the worst persons and then recruit them into the Party.

After the CCP took over China, torture was expanded to the whole nation, accompanied by numerous political campaigns, from wiping out landowners in the early 1950s to the ongoing persecution of Falun Gong. One purpose of these political campaigns is to find the worst persons and then recruit them into the Party. They become the next generation leaders and the perpetrators of more torture. In the meantime, the concepts and methods of torture are also passed down to the new recruits.

Most people believe that the torture and killing during the Cultural Revolution was carried out by the Red Guards. But actually, the Public Security Bureau was either behind most of the cases or actually did the torture. Of course, Public Security was, and still is, the tool of the Party. Public Security, especially its special task force, is the biggest source of torture in China.

The Public Security system was established right after the CCP conquered China. The early personnel were directly transferred from the military, which carried out martial law. The first and only task at the time was to crack down on counterrevolutionaries. That was the first practice of torture after the CCP took power.

Now this bureau is called Domestic Security. It is responsible for the persecution of Falun Gong practitioners, house church members, human rights lawyers, and anyone the CCP considers an enemy.

From the beginning, those who work in the legal system have only known the language of violence. In other words, they take torture as normal. So did the delegation that represented the system before the U.N. committee. That is why Chinese delegation and the committee could not understand each other. There was actually no overlap between questions and answers.

Playing music to the cow, which in Chinese means wasting one’s time, is easier than getting a sincere answer from Chinese officials. Did the delegation feel uncomfortable making those responses? Probably not. The delegation members simply live in their own world, and use their own logic and language that can only be understood by themselves.