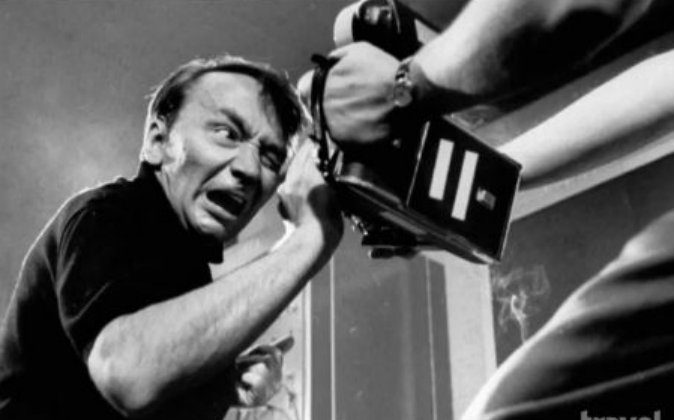 In the late 1960s in Denver, Colo., psychiatrist Dr. Jules Eisenbud had been conducting experiments with a man named Ted Serios, who claimed to be producing photographic images with his mind.

Critics aimed to expose the photographer as a fraud. Theories as to how he may have done it without paranormal abilities don’t seem to explain the phenomenon definitively. The mystery remains.

Detractors argue that Serios may have, through sleight of hand, used an optical lense and a transparency with an image on it. He would allegedly place the lens against the camera, and light would pass through the transparency, projecting the image onto the camera’s film.

His critics also argue that Serios’s drunken antics were a diversion, allowing him to conceal the device from observers such as Eisenbud.

However, this theory fails to prove how Serios produced thought-o-graphs when he was separated from the camera (sometimes by as much as 24 feet) and could not, therefore, have placed any sort of device in contact with the camera.

For believers like Dr. Eisenbud, there is only one possible explanation: Serious transmitted the images with his mind.

Emily Hauver, who curated an exhibition of the photographs in 2011 at the UMBC Albin O. Kuhn Library Gallery, said: “The witnesses that saw the experiment either became believers—or they were at least no longer non-believers.”

In 1967, Serios produced a curious thought-o-graph—an image of curtain.

“I think Ted knew at that point, the proverbial curtain had fallen,” Hauver said.

Serios was convinced his gift had vanished. He never publicly produced another psychic photograph again, living his life out of the limelight until his death in 2006.

To this day, no one has offered a definitive explanation for exactly how Serios made his photographs.