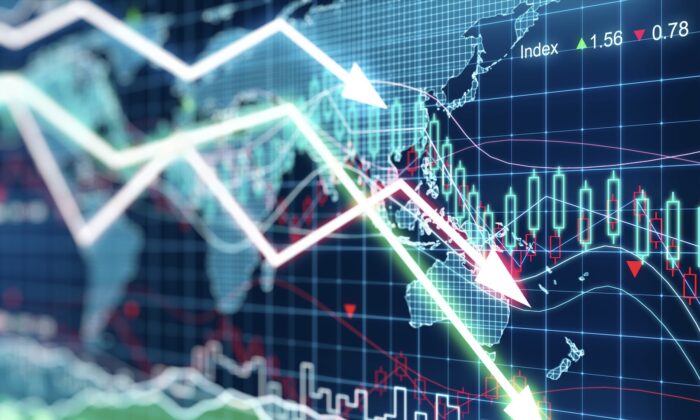 Did I Predict the Global Financial Crisis?

The 2008 recession, known as the “Global Financial Crisis” (“GFC”) outside the USA and the “Great Recession” inside, was the biggest economic crisis since the Great Depression, and before the COVID-19 recession. It was also caused by the financial sector—which is obviously a part of the economy—rather than by an “exogenous shock” (something emanating from outside the economy, like COVID-19). And yet almost all economists were taken completely by surprise by it: the vast majority had expected that 2008 would be a fabulous year. The OECD’s confident prognostication in June 2007 is an outstanding example of what most economists thought was going to happen in 2008:

“The current economic situation is in many ways better than what we have experienced in years …. Our central forecast remains indeed quite benign … sustained growth in OECD economies would be underpinned by strong job creation and falling unemployment” (“Achieving Further Rebalancing,” OECD 2007).

I’m one of a handful of economists to claim to have seen “It” coming, because, unlike the mainstream, I worry about private sector debt. In 2007, the level of debt was too high, and its rate of growth was also too high. I expected that a recession would occur when the rate of growth of debt dropped significantly—and especially if it turned negative.

As the most prominent economist to claim to have warned of the crisis, I cop this a lot. The latest instance occurred during a discussion of my new book “The New Economics: A Manifesto” (Polity Books, 2022), with my fellow heterodox economist Ann Pettifor and the mainstream economist Peter Bofinger.

Peter and I had a very heated exchange about 57-and-a-half minutes into the seminar, in which he claimed (a) that I predicted a crisis for Australia, but Australia didn’t have one, and (b) a paper by me claiming to predict the Global Financial Crisis was written after it had already started. I replied vociferously that he was wrong on both counts.

It is often said of academic conflicts that the disputes are so acrimonious because the stakes are so small—a “storm in a teacup.” But this storm is over whether it is possible to predict economic tsunamis in the real world. So, the question of whether or not a crisis can be predicted—and, with better economic policy, prevented—matters a great deal.

Ironically, Peter’s attempt to prove that I didn’t predict the crisis pointed to the best evidence that I did—and also, that I explained how Australia could avoid one. This was an Australian government inquiry into home lending, which cited my submission (pdf) (which was written between July 18 and 25), in which I said that I expected a recession to occur when the rate of growth of private debt fell:

At some point the ratio of debt to GDP must at least stabilise, and that when it does, the economy will go into recession—unless a substantial external stimulus counteracts the depressing impact of a debt correction.

At their public hearing, which coincidentally was held on the very day that the crisis began (Aug. 10, 2007, New York time, when the BNP shut down three funds based on the U.S. Subprime Housing Market), the inquiry asked the Reserve Bank of Australia to comment on my argument:

6.18 These conclusions were rejected by the RBA during the roundtable…

6.19 Chris Aylmer of the RBA … stated: “A slowdown in credit growth does not necessarily lead to a marked slowing in consumption and an economic downturn.”

In mainstream economic theory credit doesn’t matter, but in the real world, yes it does! Credit in the USA fell from 15 percent of GDP in 2006 to minus 5 percent in 2009, and this set off the deepest downturn in America since the end of World War II. However, in Australia, while credit fell substantially—from 23 percent to 2.5 percent of GDP—it did not turn negative. Growth slowed down markedly, but Australia did not experience a recession.

Australia prevented a recession, as I said that it could, via a “substantial external stimulus.” Australia’s chief economic bureaucrat advised the government to “go hard, go early, go households,” and that’s precisely what it did.

It gave every taxpayer an AU$1,000 tax rebate, to encourage immediate spending. It undertook numerous spending programs of its own—including insulating houses for free, and building school meeting halls across the country. Most effectively of all, it restarted Australia’s housing bubble, by giving first home buyers grants of up to AU$34,000. This easily covered as much as 10 to 15 percent of the purchase price of a new house.

So yes, I predicted the crisis, and yes, I explained how Australia could avoid it as well—though the policies Australia’s government followed had the side effect of giving Australia the second-highest level of household debt in the world today.

But that’s just the “storm in the teacup.” The important point is that economic tsunamis like the GFC can be avoided, by controlling how much credit banks create.

We’re not likely to do this, unfortunately, because, despite their failure to see the crisis coming, conventional economic thinkers—like Peter Bofinger, and the Reserve Bank of Australia economist who assured the committee that a slowdown in credit wouldn’t have a significant impact on the economy—still dominate how politicians think about the economy. They refuse to learn the lesson of history, that credit matters. And while they continue to do so, we’ll continue running into economic crises that “no-one saw coming.”