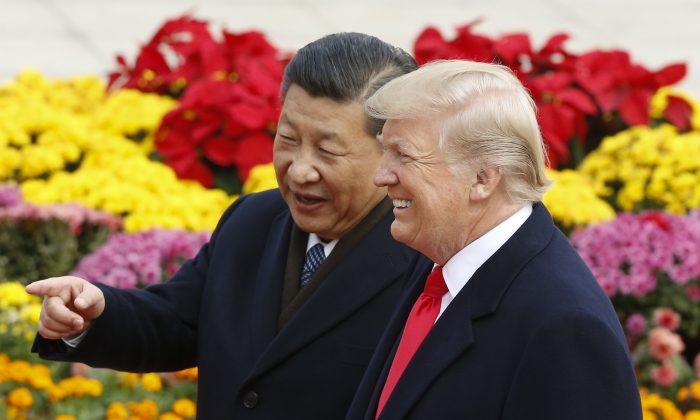 Did a State-Run Newspaper Hint at Chinese Leader Xi Jinping Having Praise for Trump?

Trump, on the other hand, was more candid when describing his relationship with Xi, calling him “a very special man.” In Beijing, Trump said he had “great respect” and “incredibly warm” feelings for his Chinese counterpart.

Perhaps China’s state-run media would provide a clue into what Xi really thinks about his diplomatic partner, given that the publications often express official viewpoints.

The newspaper Global Times, which is published by state mouthpiece People’s Daily, ran an editorial on Nov. 9 titled, “Why the Chinese public for the most part like Trump.”

It is unusual to see the Global Times speak positively of a U.S. president, since the newspaper is known for its belligerently nationalistic stance on international issues.

In October, for example, following the Las Vegas mass shooting, it published an editorial criticizing the United States as a bad example for the rest of the world.

With the timing of an important state visit from the U.S. president himself, it may have been politically advantageous to lend some good words.

The editorial gave several reasons why Chinese citizens have taken a liking to Trump, including his “straightforward personality” and “pragmatism” in dealing with China, noting that “so far he hasn’t brought up human rights and other such messy things to nag China about.”

The article also pointed out that Trump’s open praise for Xi, his successful children, and Mandarin-speaking granddaughter are all a plus in the Chinese people’s book.

On behalf of @FLOTUS Melania and I, THANK YOU for an unforgettable afternoon and evening at the Forbidden City in Beijing, President Xi and Madame Peng Liyuan. We are looking forward to rejoining you tomorrow morning! https://t.co/ma0F7SHbVU

Xi won’t tell us his true feelings in public, but these state-approved comments about Trump are certainly an implicit endorsement.