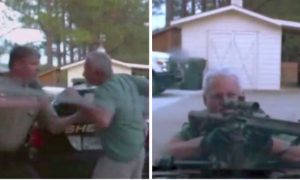 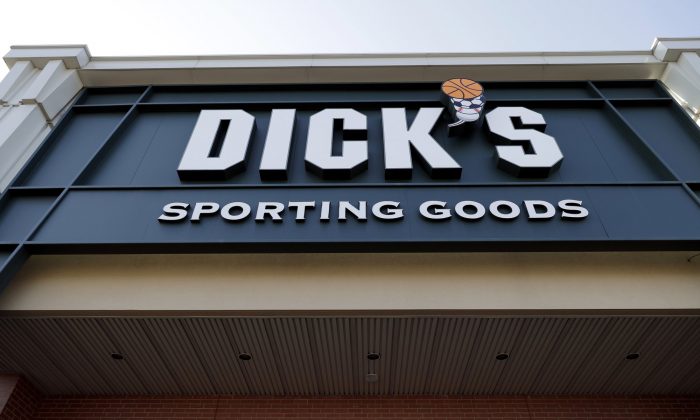 Dick’s to Halt Sales of Rifles, Ammo at 125 of Its Stores

CORAOPOLIS, Pa.—Dick’s Sporting Goods Inc. said on Tuesday, March 12, that it will stop selling hunting rifles and ammunition at 125 of its stores, replacing the gear with merchandise it believes will sell better at those locations.

CEO Edward Stack said the move comes after the sporting goods retailer replaced hunting merchandise in 10 of its stores in last year’s third quarter. Those stores posted strong sales and profit margin numbers in the fourth quarter, he said.

The hunting gear will be removed this year from 125 additional stores where it does not sell well, he said. It will be replaced with “merchandise categories that can drive growth, each based on the needs of that particular market,” he said in a conference call with analysts.

As of early February, the company operated 729 Dick’s Sporting Goods stores across the United States.

Dick’s made headlines in 2018 when, in the aftermath of the massacre at Marjory Stoneman Douglas High School, it banned the sale of assault-style rifles and the sale of all guns to anyone under 21.

The hunting-merchandise announcement came after the reported a dip in fourth-quarter sales and a soft profit forecast that sent Dick’s stock tumbling more than 10 percent.

It reported net income of $102.6 million, or $1.07 a share. That was down from $116 million, or $1.11 a share, a year earlier. The results matched Wall Street expectations. The average estimate of 11 analysts surveyed by Zacks Investment Research was also for earnings of $1.07 per share for the latest quarter.

The Coraopolis, Pennsylvania-based company posted revenue of $2.49 billion in the period, exceeding Street forecasts. Seven analysts surveyed by Zacks expected $2.48 billion. But that was down from $2.66 billion a year earlier.

Its sales at stores opened at least a year—a key measure for retailers—fell 2.2 percent.

Dick’s expects full-year earnings to be $3.15 to $3.35 per share. The midpoint of that range is below Wall Street’s forecast of $3.33 a share, according to FactSet.

Florida Governor Rick Scott signed a gun control bill on Friday based on provisions recommended by President Donald Trump in the wake of the mass shooting last month at the Marjory Stoneman Douglas High School.

The new law allows certain teachers to be armed with the permission of the local school district and sheriff’s office. The provision was named after Aaron Feis, a coach who shielded students from gunfire during the shooting on Feb. 14. Trump suggested that properly trained teachers should be paid a bonus for carrying a weapon in school. The Florida legislature did not adopt that recommendation.

The alleged shooter, Nikolas Cruz, reportedly used an AR-15 rifle to gun down 17 students and teachers at the high school on Valentine’s Day.

The Broward County Sheriff’s Department had visited Cruz’s home 45 times. One of the calls to the department said that Cruz “could be a school shooter in the making,” reported The Miami Herald.

Another call came from a relative who urged officers to seize Cruz’s weapon. Another call prompted a deputy to investigate a report that Cruz “planned to shoot up the school.”

The FBI admitted to several mistakes in handling multiple tips about Cruz.

Officers from nearby Coral Springs were outraged when they arrived at the scene amid the crisis and found that the armed school resource officer, along with three other Broward County Sheriff’s deputies present, hadn’t entered the school, sources told CNN.

Scot Peterson, 54, was suspended without pay before resigning and retiring. He was the school’s resource officer.

Two other deputies have been placed on restricted duty while Internal Affairs investigates how they handled the two warnings specifically regarding Cruz potentially launching a school shooting.

Broward County Sheriff Scott Israel slammed Peterson but refused to take responsibility for the failures of Peterson and other officers involved.

“I’m completely disgusted,” Broward County Commissioner Michael Udine, a former mayor of Parkland, whose daughter attends Stoneman Douglas, told the Miami Herald. “There is nobody in authority talking to each other and every organization that had a chance to stop this completely failed our children from top to bottom.”

Additionally, two Florida SWAT team members were suspended for rushing to the scene to help during the shooting.