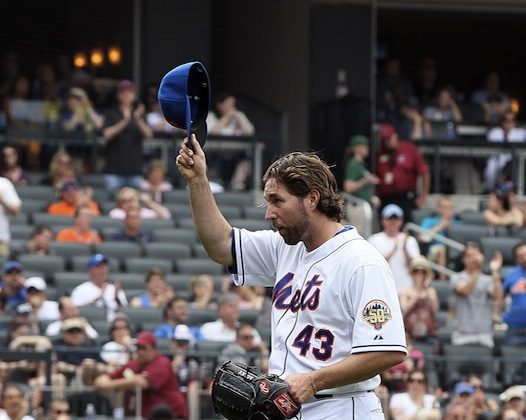 Mets starter R.A. Dickey struck out 10 batters over seven-and-a-third shutout-innings Sunday as the Mets (27-21) blanked the Padres (17-32) 2–0 to take three games of the four-game set.

Dickey (7-1) scattered three hits and walked just one batter in picking up his major-league leading seventh win of the year. Reliever Tim Byrdak came on in relief in the eighth inning and closer Frank Francisco worked a 1-2-3 ninth for his 13th save of the season.

Daniel Murphy had the lone RBI on the day for the Mets with his first-inning run-scoring single that plated David Wright.

The Mets’ second run was off a fifth-inning passed ball that scored Mike Baxter, who was on third after a double and a wild pitch.

Up next for the Mets is a three-game set against the Phillies.