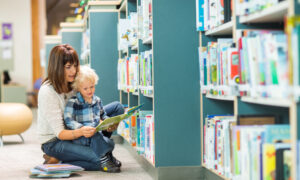 Everyday Cheapskate: 5 Ways Your Public Library Can Save You Money
0 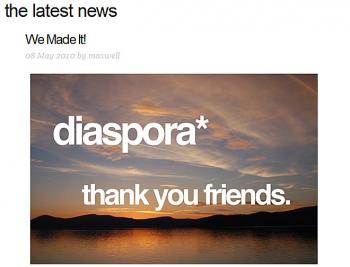 By Ian Ritz
Print
Diaspora recently set the goal of raising $10,000 dollars to increase the presence of their online networking system, and as of Thursday, they are set to gain ten times that amount.

The creators of Diaspora are New York University students in their mid-twenties who set the goal of raising $10,000 by June 1. They have now far surpassed their goal in half the allotted time. The money is to be used for an open source web server needed to host the online networking community, reported www.CNET.com.

The online networking group is looking to build an online sharing community where the identities and personal information of the members are truly safe. The site will be similar to Twitter or Identica, minus the major corporate or government affiliations. With Diaspora being designed by the people and for the people, user information is expected to be safe from unwanted distribution or tracking.

Other online networking communities have been falling victim to “selling out” their members' information. This misappropriation of people's trust inspired the makers of Diaspora to build an online environment safe from corporate or government buyout.

Twitter recently announced that all of its users' Tweets that the company saw as important were being documented by the U.S. Library of Congress. Facebook has been attracting attention due to its shaky privacy policies that involve divulging personal information on user accounts to third party internet users around the world.

Facial profiling applications have also been openly used through Facebook while linked to a Coca-Cola promotion, although no direct connection between the program and third party members has been made at the time of this report.

The makers of Diaspora include Daniel Grippi, Maxwell Salzberg, Raphael Sofaer, and Ilya Zhitomirskiy, who got the site's name from a Latin term that translates to “a scattering of seeds.” The term has been used in Western culture to describe ethnic groups that banded together after departing their homeland.